Did you know that, according to the United Nations, approximately 158.8 million people worldwide use marijuana in some form?

It’s no secret that, for thousands of years, cannabis has been one of the most popular natural commodities. Whether used for recreation or to mitigate symptoms of illnesses, cannabis offers many benefits and qualities to appreciate.

However, despite how common marijuana use may seem, there exists a deep well of history and information to learn about the cannabis plant. This brief guide will break down some of the most interesting facts about cannabis that you might be surprised to uncover.

1. There are Over Seven Hundred Unique Strains of the Cannabis Plant

As most people know, there are only three species of the cannabis plant: Indica, Sativa, and Ruderalis. Numerous unique and different strains exist within these species, which can then be experimented with or crossbred to create all manner of hybrids.

Cannabis strains are typically named for their scent, color, flavor profile, or manner of growing. From the geographically named Afghan Kush to the appetizingly dubbed Italian Ice Strain, there are always new forms of cannabis to sample.

2. A Medical Marijuana Card Has Perks Even in States Where Marijuana Is Legal

Before numerous states legalized marijuana, you were required to see a medical cannabis doctor to receive a medical marijuana card. This would then allow you to purchase cannabis in dispensaries.

However, just because marijuana consumption and sale is already legal in a certain state doesn’t mean a medical card doesn’t bring extra benefits. For example, a medical card can allow you to legally grow up to 99 cannabis plants at home. It can also allow you to pay less in taxes when purchasing.

3. Men and Women Have Different Responses to Cannabis

From testing on rats, it was concluded that females are more sensitive to THC and experience more of its pain-relieving qualities. Males, on the other hand, may be less sensitive to the plant, but take longer to form a tolerance.

4. “Overdosing” on Cannabis Is Impossible

Among the most fortunate marijuana facts is the certainty that you will never experience a fatal interaction with cannabis. Chemically, the plant can’t carry a lethal risk on its own.

To risk death from using cannabis, you would need to smoke 1,500 pounds of the plant in under fifteen minutes. At that point, it wouldn’t be the plant that killed you, but asphyxiation from smoke alone. Of course, the greater unlikelihood would be ever finding yourself in such a scenario, to begin with!

Evidently, there’s a lot more to the cannabis plant than meets the eye.

Keeping yourself in the know about the cannabis plant will help you make all the more informed in your cannabis purchases. Stay ahead of the curve by following our feed for more of the latest in lifestyle, fashion, entertainment, and more! 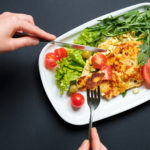 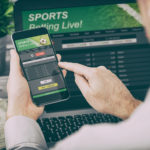