Reading benefits us all in many ways. You can increase your vocabulary, improve your focus, and most of all, relax into a must-read story. If you’re wondering what book to take on next, then this list of classic American novels should help narrow it down for you.

In no particular order, here are our 15 must-read classic novels for you to add to your reading list.

F. Scott Fitzgerald’s 1925 novel, The Great Gatsby could well be the quintessential American novel of all time. It’s a story of the pursuit of the American dream and unrequited love. The story centers around Jay Gatsby, a young and mysterious millionaire, and his obsession to reunite with his ex-lover.

This is the book that put the beat generation on the map. Jack Kerouac’s poetic verse is the literary embodiment of bebop and cool jazz. On the Road gives us a deep insight into the lifestyle of the beat movement. The book includes references to other iconic writers of the time such as William S Burroughs and Allen Ginsberg.

Published in 1939, John Steinbeck’s Grapes of Wrath is set during the great depression. The book follows the Joads, a poor family of farmers who are driven out of Oklahoma and head to California. The book was banned in the Soviet Union by Stalin as it showed that even the poorest American family could own a car.

4. To Kill a Mockingbird

First published in 1960, To Kill a Mockingbird is based around Harper Lee’s experiences as a child in the Deep South. This is a deeply moving book that deals with the very core of human behavior. Harper Lee always considered the book a simple love story, but this classic American novel is much more.

Henry David Thoreau’s Walden is the written account of Thoreau’s experience living in a cabin he built himself near Walden Pond. He stayed there for 2 years and 2 months. It was a personal experiment of sorts in which Thoreau immersed himself with nature to gain a better understanding of society and himself.

All of Kurt Vonnegut’s novels could be listed as classics, but Slaughter House Five stands out as one of the world’s greatest anti-war books. Infused with science fiction this novel put Vonnegut on the map and led the way to the pristine and witty morality of Vonnegut’s future writing.

7. A Farewell to Arms

Another great antiwar novel, Ernest Hemmingway’s A Farewell to Arms weaves the love affair between an American ambulance driver and an English nurse against the backdrop of the first world war. While the book is a passionate love story it leaves us with the message that in war there are no winners.

John Fante might not be a name we all know, but he is a master of his craft. Uncut wrote of John Fante “(he) knew how to make words sing. When he was in form, he could write sentences that stopped time.” Ask the Dust is Fante’s third novel and tells the story of Arturo Bandini, a young writer in 1930’s LA.

Herman Melville’s Moby Dick is the classic tale of Ishmael, a sailor on board of Ahab’s whaling ship. Ahab and his crew are on a quest for revenge. Moby Dick, a giant sperm whale bit off one of Ahab’s legs at the knee on a previous voyage. Written in 1851, Moby Dick deals with defiance, duty, friendship, and death.

Published in 1903, Jack London’s The Call of the Wild follows the story of Buck. Buck is a dog that’s stolen from his comfortable home in California and sold as a sled dog in Alaska. This book is a captivating story of perseverance, suffering, and pride. It might be about a dog, but it has a lot to teach us.

It’s debatable whether anyone wrote as beautifully as Vladimir Nabokov. Lolita is arguably the most controversial novel of the 20th century and was banned in several countries. The underlying theme that caused the controversy is pedophilia, but this book is so much more. Lolita is a tour de force of the power and beauty of language.

Charles Bukowski suffered for his art. Women tells the story of him coming out of the other side of the struggle as a revered poet and writer. Bukowski tells us the story of the dissatisfactions he finds with the women he meets. Bukowski’s raw honesty can be challenging at times, but his poetic prose makes for some of America’s best writing.

14. The Heart Is a Lonely Hunter

Carson McCullers was only 23 when The Heart is a Lonely Hunter was published. It tells the story of John Singer, a deaf man, and his encounters with the people he meets in a 1930s mill town in Georgia. The book focuses on the struggles lonely people face when coming to terms with their world and trying to find human love.

15. Something Wicked This Way Comes

Although Ray Bradbury might be better known for Fahrenheit 451, Something Wicked This Way Comes stands out as one of the greatest dark fantasy novels of all time. A strange traveling circus comes to the town of Illinois and the lives of two 13-year-old boys are turned upside down. An epitome of the battle between good and evil.

Which of These Classic American Novels Will It Be?

Of these 15 classic American novels, which one will you pick up next? From the mighty tome that is Moby Dick to the fast-paced easy-read that is The Call of The Wild, there is something in this list for every discerning reader. How long will it take for you to get through all 15?

If you enjoyed this article, be sure to take a look at the rest of our site for informative blogs. 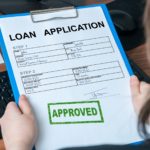