Nearly 70% of U.S. workers report feeling tired at work. This can easily affect your judgment, which can increase the risk of incidents and injuries in the workplace.

What’s the most common cause? Lack of sleep. Physical exertion can also deprive you of your energy.

If you’re feeling tired all the time, however, there may be an underlying cause, which may or may not require medical attention.

Are you experiencing unusual fatigue? Want to know what might be causing it? If so, you’re at the right place.

We’ll be going over some common scenarios below. Keep reading to learn more!

Anemia occurs when you don’t have enough red blood cells in the body to carry oxygen. As a result, your tissues and organs won’t get enough oxygen-rich blood. This can cause extreme fatigue, lightheadedness, and dizziness, especially when standing up.

Other symptoms include shortness of breath, chest pains, and brittle nails. Fainting may also occur in severe cases.

As it is, nearly half of all anemia cases are due to iron deficiency. However, it can also be caused by menstruation, endometriosis, hypothyroidism, and cirrhosis.

Certain genetic disorders such as thalassemia can also affect your red blood cell levels, which can result in anemia.

Fibromyalgia is a complex disease that’s characterized by chronic fatigue and musculoskeletal pain, the latter of which is often felt in specific trigger points around the body.

For example, it can cause chest pain, back pain, or leg pain. Other trigger points include the back of the head, outer elbows, hips, and tops of the shoulders.

Some people may also experience brain fog, which can cause memory lapses, confusion, and difficulty concentrating.

Unfortunately, there’s no cure for fibromyalgia. However, there are ways to reduce symptoms. For example, there are medications that you can take that will boost your energy. Natural treatment options such as acupuncture may also benefit those with the condition.

Chronic fatigue syndrome (CFS) is a long-term condition that causes extreme exhaustion, which doesn’t go away with rest. Also known as myalgic encephalomyelitis (ME), it can also cause dizziness, reduced concentration, loss of memory, and muscle pain.

While the exact cause is unknown, it’s believed that viruses, stress, and hormonal imbalances contribute to the condition. Sex also plays an important role. That is, women are up to four times more likely to develop CFS than men.

And while there’s no cure, it’s possible to manage symptoms with medications and lifestyle changes. Alternative therapies such as yoga, acupuncture, and massage may also help relieve the pain that’s often associated with CFS.

Several medical conditions can cause unusual fatigue, from anemia to fibromyalgia. When in doubt, talk to your healthcare provider—they’ll be able to create the best treatment plan for you.

Did you find this information helpful? For more health-related content like this, check out the rest of our health and wellness section! 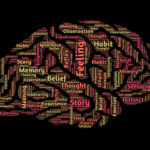 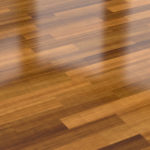