Up to 80 percent of people ignore the advice of financial advisors. That’s shocking!

And yet, it’s not only financial advice which most people ignore.

If you want to learn from others and get ahead in the world, you should start to listen to the helpful advice of people in the know.

Roughly 40 percent of Americans reportedly drink too much alcohol.

There are a number of health problems which are caused by high alcohol consumption. This includes an increased risk of heart disease and kidney failure.

And yet, even if you consider yourself a moderate drinker, you’re kidding yourself.

Researchers have shown that there is no safe level of alcohol consumption. Alcohol has even been described as the leading “risk factor for death and disability.”

While lots of experts say that you should give up on beers and wine, it’s easier said than done. Check out these tips to learn how to stop drinking alcohol.

Why do so many people live in the city?

Around 80 percent of Americans live in urban areas. But, what are the benefits?

Your rent is probably sky high. It’s so noisy. You’ve forgotten what nature looks like.

It’s good for your health to move out into the countryside.

Around 90% of the world’s population breaths in polluted air, you could be the ten percent out in the wilderness.

3. Make Exercise Part of Your Life

Everyone knows that exercise is good for us. And yet, nobody does it.

Researchers say that around 80% of Americans don’t exercise enough.

Make exercise part of your everyday life. You’ll be happier and healthier as a result.

Cycle to work instead of driving. Spend your weekends doing activities which get your body moving. Walk instead of taking the elevator.

4. Be Sceptical of the Internet

Do you constantly get their news from social media? How do you know whether something is true or made up?

The facts aren’t checked as they were before. Fake News!

Many people believe everything they read on the internet. You definitely shouldn’t!

Only 1 in 10 people fact check information from social media. Just because something has been reviewed favorably, it doesn’t mean it’s great either.

You need to make sure you’re getting plenty of shut-eye to keep yourself healthy and strong. You need to keep the same bedtime and wake-up time to maintain a healthy sleep pattern.

From improving your mood to reducing your risk of high blood pressure, sleep is the answer to many health problems. Learn more about why you need your sleep.

Stop ignoring this sound advice. You don’t have to be like everyone else ignoring the best piece of advice you’ve ever been given.

Want to know more good advice on how to achieve self-improvement?

Check out these excellent books which could give you important insights on how to be a better man. 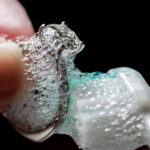 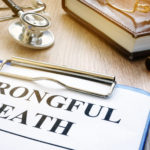