These simple, annual holiday toys have been around for over half a century, and are one of the longest-running toy brands in the United States.

Many Americans can remember finding one under their Christmas tree; Santa still delivers them today. The Hess truck is a tradition, a great toy for children and a wonderful collectible for people of all ages.

How did a toy truck made by a gasoline company become so famous and popular?

Now that Hess gas stations are a thing of the past, are Hess toy trucks still available?

Read on to find out everything you ever wanted to know about the Hess toy truck’s past, present and future.

A Short History of Hess

The Hess Corporation was begun by its namesake, Leon Hess, of Asbury Park, New Jersey.

Hess grew up during the Great Depression and had an entrepreneurial spirit. Unable to afford college, he bought a gasoline truck in 1933 and began delivering gas to private homes in his area.

Over time, Hess incrementally increased the size of his business and then opened the first Hess gas station in 1960. Leon Hess continued to work for the company he started until he retired in 1995. By that time, the Hess Corporation was worth millions of dollars.

Today, the Hess Corporation still exists and is led by Leon Hess’ son, CEO John B. Hess. However, the company sold all its gas station locations in 2014. That year was the 50th anniversary year for the Hess toy truck, and collectors feared its production was over.

Fortunately, CEO John B. Hess issued a letter to fans that year, assuring them that the tradition would go on.

Just four years after Leon Hess opened his first gas station location, he had the idea to begin selling toy trucks at Christmastime to promote his business.

He knew that the trucks the gas station would sell must be top of the line in order to reflect the pride he took in serving his customers. Many other gas stations gave away free glasses and other items, but he wanted his offering to be better.

The 1964 Hess toy truck was a replica of the company’s B51 Mack truck that the Hess Corporation used to deliver gasoline. Hess felt it was important that it be affordable for all families.

He also felt strongly that the first Hess toy truck should have working headlights, a tanker that could be filled with water and that batteries were included with the truck.

Although these things were uncommon in 1964, the first Hess toy truck had all of these things.

The first Hess toy truck was sold for $1.29 and it sold out almost immediately. A tradition had begun.

Hess Toy Trucks Through the Years

For over fifty years, the Hess toy truck has been delighting children. It has made parents happy, too, by offering a durable and long-lasting toy at an affordable choice.

Although there have been many changes to the Hess toy truck as time has passed, these changes have been only in the look and feel of the toy – never the quality.

The design of each new Hess toy truck is a long process. It takes two or even three years for a Hess toy truck to go from someone’s mind to a design table to a complete and manufactured toy.

Many designs are considered and some are made into samples. A few go all the way through the process before one is finally chosen as that year’s winner.

Old Hess toy trucks had around seventy-five pieces; today’s have closer to 200 or 300. These pieces are carefully cut and assembled before the truck is packaged in a box and is ready to go.

Hess toy trucks have been made in many variations over the years.

There was a truck available for purchase almost every year since the tradition began, but there were three years in the late 1970s and early 1980s in which no trucks were produced due to the nationwide gas shortage.

In the earlier years, most Hess toy trucks were variations of a tanker trailer design that was similar to the ones Hess actually used. In time, these designs became rather repetitive and new ideas emerged.

Some of the most exciting Hess toy truck models included a secondary vehicle that would ride inside, or on top of, the trailer truck. Several models included other road vehicles such as race cars, motorcycles, emergency rescue vehicles, a tractor or a dune buggy. Some feature air vehicles like helicopters, airplanes, jets and even a space shuttle.

In other years, the Hess toy truck wasn’t a truck at all but rather a patrol car, a race car, a rescue helicopter, a boat or a fire truck.

The vast variety in these toy trucks over time is part of what keeps people coming back. No two models of Hess toy trucks are alike, and that keeps collectors collecting, and parents buying them for their children, now several generations down the line.

The Most Valuable Hess Toy Trucks

As with anything collectible and especially collectible toys, there are many old and rare Hess toy trucks out there that today can fetch a pretty penny. Collectors go crazy for these, and it is difficult to find some of the most coveted ones even offered for sale anywhere.

These trucks were in high demand even when they were first produced and sold. Many parents have tales about standing in line for hours just to get their hands on one.

It should be no surprise, then, to learn that some Hess toy trucks can be worth as much as $4,000 today if they are in excellent condition with their original box.

In some cases, it’s the box that is the most valuable piece. The truck worth $4,000, the 1969 Hess “Woodbridge” Truck, is rare because it is one of only a few released that say the home office of the company was in Woodbridge, New Jersey. (It was really in Perth Amboy, New Jersey at the time.)

The box also plays a part in the value of the 1971 Season’s Greetings Firetruck which today is worth around $2,500 with the box. Because the box was plain and just had a “Season’s Greetings” sticker affixed to it, most people threw it away.

Some of the other Hess offerings are valuable because they are rare. The 1969 Arameda Hess Tanker truck was not available to the general public and was only given to company executives. They are worth over $3,000 today.

The 1995 Hess Chrome Truck and Helicopter were a special edition made in chrome; only 600 were made and they are currently worth more than $3,000 as well.

When Hess sold all of their gas station locations in 2014, they wanted the Hess toy truck tradition to carry on.

Today, Hess toy trucks’ yearly offerings are still available for children and collectors alike via the company’s website. It’s likely these trucks will continue to drive their way into Americans’ hearts for years and even decades to come.

The products that the United States has to offer are vast and varied. Our nation’s creativity, innovation and imagination are impressive. Check out our Products tab for more amazing things! 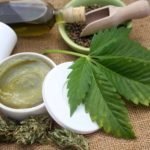 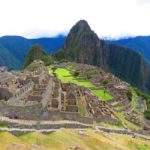