Antoni Gaudi is one of the most famous architects to ever live. Regarded as a genius and known for his extravagant designs, he created over 19 buildings, many of which are found within Barcelona.

But Barcelona isn’t a Gadui one-act show. It has some of the most famous buildings in the world that have been around for centuries before Gaudi came on the scene.

Keep reading to learn about 5 of Barcelona’s other amazing buildings that you’ll definitely need to visit.

This is a music hall designed by Lluís Domènech i Montaner in the early 1900s. While you might be worried and think it needs an asbestos survey because of the time period when it was erected, there’s no need.

This concert hall is still in use, seating well over 2,000 people to enjoy some of the most beautiful music Barcelona has to offer.

It’s most well known for the extravagant and colorful stained glass mosaic ceiling. The walls are adorned with intricate sculptures, with one in particular created by the famous sculptor Miguel Blay.

Part building and part historical landmark, the Arc de Triomf came to be in 1888. It was created in a classic and symmetrical style in order to symbolize respect, honor, and equality in Barcelona and the surrounding countries.

The arc itself is decorated with numerous designs and intricate carvings that are best examined up close and in-person.

This classic gothic style building was erected in 1397, making it one of the oldest buildings in Barcelona. Originally designed as a monastery, this building now holds a museum for tourists and locals alike to learn about Barcelona’s culture from that time period.

The gardens are perhaps the most gorgeous. Take a tour of the building and view the lush greenery through hundreds of gothic arches.

The Cathedral la Seu is gothic building that is so extravagant and large that it took builders from the late 13th century until the 15th century to complete it.

The Cathedral la Seu features an enormous gothic dome, a French-influenced spire, and gigantic stained glass windows that will make you feel like you’re in the middle of The Da Vinci Code.

Last, but certainly not least, we have this grand theater built in the 19th century. It’s survived two separate fires and come out the other side looking as lavish as ever.

The gilded ceiling steals the show with its gold trim and intricate designs.

The building itself uses marble, velvet, and gold covered everything to really up the extravagance. You can either take a tour to view the building or splurge to see a show.

5 of the Most Famous Buildings in the World Are in the Same Place: Barcelona!

Looking to book your next vacation or travel experience? Look no further than a city with some of the most famous buildings in the world. Not only will you see all the ones on this list, but you’ll also get to see the many intricate works of the famous Antoni Gaudi.

Want more info on Barcelona before you book your flights? Check out this article for 5 facts about Barcelona you should know before you go! 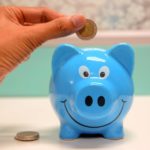 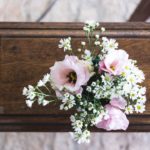