The human immunodeficiency virus (HIV) is one of those enigmatic yet straightforward viruses.

Doctors have yet to come up with a cure. But we already have information regarding its transmission and symptoms, among other things.

Over 1.1 million Americans are living with HIV. Interestingly, about 15% do not know that they already have the virus.

But knowing whether you have the virus is not enough. It is equally important to understand the various truths that surround HIV.

Continue reading below as we attempt to understand the virus even more and take a look at some interesting facts about HIV.

Before we head into the facts, let us first discuss what HIV is.

In simple terms, HIV is the one that causes AIDS. Once it enters the body, it resides in the white blood cells.

This is where they multiply.

The white blood cells are the body’s defense system against infection. When HIV infects them, your immune system becomes weak. It makes you susceptible to attacks coming from fungi, germs, and viruses.

A person contracts HIV by passing certain bodily fluids. These include blood, semen, rectal fluids, and vaginal fluids. Mothers can also pass the virus through their breast milk.

9 Critical Facts About HIV You Should Know

One of the keys to winning the battle against HIV is to have a better understanding of the virus.

1. Started with the Chimps

HIV has two kinds of strains.

The first one came from chimpanzees while the other one traces back to a small African monkey.

HIV-1 is the most dangerous strain. However, experts believe that the earliest HIV strains from the 1930s were milder. Some of them did not even penetrate the immune system.

As the decades went by, the HIV strains mutated. They grew deadlier as they recombined.

Though HIV can progress into AIDS and be fatal, it is not as deadly as people think.

First, it needs to reach your blood before it can infect you. If it only reaches the outer part of your skin, it dies quite instantly.

HIV is not that tough of a virus, so adequate treatment can help carriers live longer.

Antiretroviral therapy (ART) can keep HIV from multiplying. If an HIV-positive person has sexual intercourse with a partner who is on effective ART, the chances of transmission go down as much as 96%.

However, some treatments come with health risks. An example is the HIV drug Truvada. Reports say that it contributes to fractures, bone density loss, and kidney failure.

In case you are in Truvada and experience any of these symptoms, you should find a law firm handling Truvada-related cases.

Sadly, some people still mix up HIV and AIDS.

They equate HIV to AIDS. However, people with HIV can live normally.

Today, some groups are trying to do away with the term “AIDS.” Instead, they prefer calling it “clinical stage 4” to negate the stigma and negative connotation that comes with the word “AIDS.”

This is because some HIV carriers become reluctant to come forward for treatment.

These people are afraid of judgment as if they already have AIDS.

Another interesting fact about HIV is that some carriers do not show any symptoms.

In some cases, it takes about a decade before the HIV-positive person realizes that they indeed have the virus.

Nevertheless, the lack of external symptoms doesn’t mean the virus is not on attack mode. The virus is likely hurting the immune system. Sadly, it may be too late once the symptoms start to appear.

6. Can Fool the Body

Apart from showing no external signs in some cases, HIV can also fool the body.

HIV enters the body in the guise of carbohydrate sugar molecules. In turn, the body thinks it is a nutrient rather than a virus.

Thankfully, scientists are starting to use this camouflaging property against HIV. The sugar HIV uses is different from the ones inside the body. This difference enables scientists to create a vaccine that will prompt the immune system to attack the virus.

7. Testing Is the Only Way

There is no other way to determine if you have HIV than going through screening.

If you are sexually active with multiple partners, you are at high risk. Thus, do not hesitate to undergo an HIV test.

A big part of managing HIV is early detection. The earlier you know, the earlier you can benefit from treatment. Additionally, taking an HIV test will give you peace of mind, especially if the results are negative.

Some Scandinavians exhibit a CCR5-delta 32 genetic mutation. This mutation keeps HIV from entering the cells.

There is also the “HIV controllers.” These people carry a different kind of protein profile in the blood. Their proteins keep HIV from developing into AIDS.

There is a high-risk demographic in the United States.

Studies revealed that young, black, gay men have a one in two chance of contracting HIV.

“Black people, in general, have a higher risk of HIV infection than any other racial or ethnic group,” said Phill Wilson, President and Chief Executive Officer of the Black AIDS Institute.

Another contributing factor is the group’s lack of education on HIV and AIDS. Wilson noted that many of these young men do not know they already have the virus.

Meanwhile, Africans learned to embrace HIV and AIDS as a fact of life. Nearly half of HIV-related deaths in 2016 came from sub-Saharan Africa.

Continuous Learning, A Must

Learning these facts about HIV goes a long way in understanding the bigger picture.

By learning more about the disease, you can protect yourself and the people around you much better.

We encourage you to read our other blog posts for more helpful information like this. 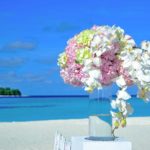 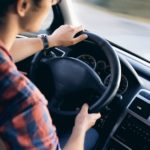