You might not know it, but there’s a good chance that you encounter several people a day who are carrying a concealed firearm. Approximately three million people carry firearms with them daily.

Concealed weapons may be controversial, but there are several great reasons to have them. Of course, they also come with several responsibilities and potential risks.

Trying to decide whether you want to carry a concealed weapon? Read on to learn about the pros and cons of concealed carry guns.

There are several reasons to carry a concealed firearm, but these four reasons standout!

1. It Can Help Deter Crimes

You might wonder how concealed carry guns can help deter handguns. After all, if criminals can’t see armed people, they might feel emboldened to commit crimes.

Turns out, the opposite is true. In states where concealed carry permits are not required or are simple to get, there’s a reduced incidence of crime. The knowledge that someone may be carrying a handgun has an adverse effect on potential criminal acts.

2. It Helps You Defend and Protect Yourself

Even though concealed handguns may reduce crime, they don’t eliminate it. That means that when you go out, particularly at night, you’re still vulnerable to people with malevolent intentions.

Carrying a concealed handgun helps you protect and defend yourself if you encounter a ne’er do well who wants to rob, carjack, or assault you. Make sure you’re trained to use your handgun.

Everyone talks about how things like mass shootings can be prevented if someone on the scene was carrying a gun. While the issue isn’t so simple, there is some truth to the idea. If someone carrying a concealed handgun can safely identify the attacker and get a clean shot, they can stop further injuries and death before the police arrive on the scene.

4. You Don’t Run the Risk of Frightening Someone

Why is a concealed handgun more advantageous than an openly carried handgun? One of the biggest reasons is that you won’t have to worry about frightening the people around you.

It’s no secret that gun violence is a huge issue in the United States. It’s possible that the mere sight of someone openly carrying a handgun in public spaces can cause panic among the people you encounter. They don’t know who you are and might assume that you have bad intentions.

Carrying a concealed handgun means you don’t have to frighten people or risk your safety.

Carrying a concealed handgun is also a tremendous responsibility. Read through these cons to make sure you’re prepared for it!

1. There’s Also a Correlation to an Increase in Crime

2. You Can’t Carry Them Everywhere

Concealed carry permits don’t allow you to carry a concealed handgun anywhere you go. There are several places where you cannot carry your handgun, like churches, schools, and government buildings. Check your local laws to find out of you can carry a concealed firearm where you plan to go.

Further, local businesses also have the right to prohibit concealed or open carry handguns. These businesses include grocery stores like Aldi and Publix, as well as Starbucks stores and many others. The Second Amendment may give you the right to bear arms, but this right is not unlimited, and you must not ignore restrictions on concealed carry.

3. It Raises the Risk of Lethality in Conflicts

Have you ever gotten in a heated fight and said something you regret? If someone is quick to anger, concealed handguns pose deadlier consequences than hurt feelings.

When you’re calm, you’re unlikely to take someone’s life. Unfortunately, heated confrontations are more likely to lead to crimes of passion by people who would otherwise not be violent, especially if they have a gun.

The right to bear arms is a constitutional right, but states can limit that right in any way that is not unconstitutional. That means that your right to carry a concealed weapon differs from state to state. For example, Texas allows concealed carrying of firearms on college campuses, but you can’t get away with that in other states.

It is up to you to make sure that you are on top of laws in your state and any state in which you intend to carry your concealed firearm. As with all aspects of criminal law in the United States, ignorance of the law is not a valid defense when you’re found in violation. Make sure to brush up on concealed carry requirements if you plan to carry outside of your home state.

Are You Ready for the Responsibility of Concealed Carry Guns?

There are a lot of benefits of concealed carry guns. They make sure you’re always prepared for the unexpected, can deter potential crimes, and, unlike open carry laws, you don’t have to worry about scaring the people around you. That said, it is a huge responsibility that has potentially deadly consequences.

Want more articles about everything from entertainment to health? You’ve come to the right place. Check out the rest of our blog to get informed! 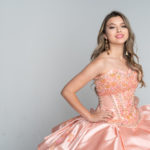 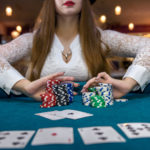