The European Central Bank (ECB) is the national bank of the EU. Considering that the EU is the second-largest economy in the world, after China but ahead of the US, the ECB plays an essential role in the world’s economy.

However, since the EU doesn’t function quite the same way as a country would, the ECB’s mechanisms are a little more complicated than other central banks’.

Keep reading for a complete overview of how the European Central Bank works, its structure, and its importance to the EU.

What Does the ECB Do?

The ECB works much like a national bank in a country, except for the entirety of the EU. It manages the printing of the euro, sets baseline regulations for EU member countries to set for their financial systems, and sets the interest rate that it lends money to other banks at.

How is the ECB Structured?

The ECB consists of three internal bodies. The first is the Governing Council, which consists of members of the ECB’s Executive Board as well as the presidents of each national bank that uses the euro. The council makes binding decisions for the EU.

The Executive Board, which sits on the Governing and General Councils, handles the everyday activities of the ECB. There are six members of the board, elected to eight-year terms by EU member countries.

Of course, the EU is a bit of a different administrative beast. Since the ECB has to work with individual counties, each of which has a different set of needs, it must strike a balance. This is complicated by the fact that the main decision-making body of the ECB consists of the presidents of every Eurozone country.

The ECB also plays a regulatory role throughout the EU. This article about bankers talks about some of the steps taken by the ECB to regulate the financial systems of countries experiencing economic trouble.

You Need to Pay Attention to the ECB’s Statements

Decisions made by the ECB can have a ripple effect on the world’s economy. That’s why it’s so important to pay close attention to their public statements, even if you don’t have financial ties to the EU. The bank works across borders and industries, so even a small change in monetary policy can be significant on a global scale.

Want more information on financial situations, including how they can affect your investment portfolio? Check out the rest of our website for more insightful articles! 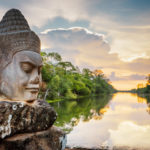 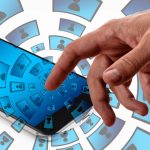