There has been more and more focus on CBD oil in medical arenas for some time.

It’s often touted as a cure for painful inflammation, anxiety, and even sleeping disorders like insomnia.

While it often seems like a miracle, there’s some serious scientific evidence backing its use for most disorders it’s said to help with.

If you’re thinking about using CBD oil to help you get a better night’s sleep then read on and we’ll show you just how it works.

What is CBD Oil?

CBD oil is a THC-free derivative of the cannabis plant. THC is the primary component that people think of when it comes to cannabis use, it’s the stuff that gets you high.

For a long time, little thought was given to the possible medicinal properties of CBD. However, in the last decade, the interest in the compound has surged. Even recreational dispensaries offer a wide range of high CBD edibles, oils, and even smokeable cannabis with negligible THC levels.

CBD oil is the most common, and preparations are often found in either gel caps or as a pure oil which can go under the tongue.

In most areas, pure CBD preparations are completely legal, and if you’re interested in it then you can learn more here.

How Does CBD Oil Help With Sleep?

The exact mechanism of action of CBD is still being studied. But while the exact science may be unknown, there’s definite evidence that it does work.

In studies, CBD has been shown to have its reputed benefits under objective measures on things like anxiety and inflammation.

CBD has shown low-levels of interactions with the cannabinoid receptors in the brain, unlike THC which binds there quite well. There has also been speculation about activity at certain serotonin and opioid receptors as well.

The overall effect seems to simply be a calming of the nervous system. For those who find themselves lying awake at night with anxiety, it certainly seems to do the trick once the correct dosage has been found.

It also seems to work well in those with insomnia that doesn’t have anxious features.

Overall, the exact physiological effect hasn’t been traced out just yet. What is known is that it has been found that CBD works very well for insomnia, allowing people who’ve had long sleep troubles to find themselves sleeping well once more.

How Much CBD Do I Take For Sleep?

CBD dosages vary widely between people, but the recommended starting dose is around 25mg to make sure the person tolerates the compound well.

Titrating upwards is the best idea. While CBD oil is quite benign in 95%+ of individuals, some will experience minor side effects upon dosing. The chances of side effects increase with dosage.

Keep in mind that this usually just means mild to moderate nausea, dry mouth, and other minor symptoms.

CBD has a high upper safety threshold but as with any supplement or medication, it’s best to use the smallest effective dosage for a given application. Higher doses increase the chances of side effects.

Have You Tried It?

If you’ve been looking at trying CBD oil for insomnia but haven’t quite gotten there yet it may be a godsend. Many people have found it effective even where pharmaceutical medications haven’t been.

It would be a good idea to take a doctor’s advice into account before beginning CBD treatment, just like any other supplement. However, it’s remarkably benign in its effects and lacks psychoactive potential so it’s not going to get you “stoned.”

If you’ve been looking for a new alternative to traditional sleeping medications and supplements it’s worth a shot. Why not try it today? 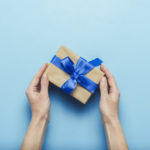 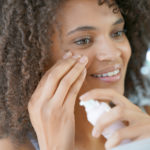