Did you know that Monsanto did $4.76 billion in sales in 2015? These sales came from their flagship product Roundup and other herbicides containing glyphosate.

Yet, according to a growing body of research, exposure to these pesticides makes people 41 percent more likely to develop cancer. This is one of many studies that speak to the potential negative consequences of using Monsanto products.

Some recent legal rulings reflect this new data. They have attempted to bring accountability to Monsanto.

Despite the rising storm around Monsanto’s products, the company wields incredible international power. Read on to learn more about the Monsanto lobbying efforts and strategies.

Global corporations like Monsanto don’t play by the same rules as smaller corporations and businesses. These megacorporations draw on inexhaustible resources to buy political power.

Buttressed by an army of lobbying associations, they represent Monsanto’s interests at every level, from local to national and even international. But Monsanto’s resources don’t stop there.

They employ a cadre of scientists willing to twist facts and statistics to suit the company’s needs. This allows Monsanto to cultivate a “green sheen.”

In other words, they attempt to convince the world that their products are safer for humans and the environment than they are.

And when all else fails? They turn to outright bribery to greenwash their products.

Nicknamed the “Nobel Prize for Food,” the award was sponsored by none other than Monsanto. In fact, the corporation offered a $5 million pledge to the foundation giving the award.

Like this foundation, many politicians in both the US and EU go where the money is. And Monsanto has plenty to throw around.

Just consider its recent sale to Bayer, which came in at just under $66 billion.

With this transaction, the number of companies controlling the food supply dropped from seven to four. Together, Monsanto and Bayer wield $10 billion more power than their next competitor. They control 30 percent of the seed market.

No wonder the US government and institutions across the EU invite corporations such as Monsanto to lobby them. These politicians exchange privileged access to decision-making for campaign-sustaining contributions.

Megacorporations and the world’s top leaders foster a perverse relationship. It paves the way for catastrophe as a result of environmental disasters and rampant social injustices.

Monsanto has taken lobbying to the next level. They use a multi-tiered approach employing countless associations to do their dirty work.

This strategy was exposed at the International Monsanto Tribunal in The Hague. Here are some examples of their nefarious approach to international politics.

When it comes to industry lobbying, Monsanto has mastered the art of political persuasion. They operate in three main areas:

The international conversation should focus on Monsanto cancer. But the company does an excellent job of evading scrutiny. Experts at manipulating scientific research, they have a propaganda machine to match.

The result? Apart from a handful of promising legal rulings, Monsanto has yet to be held accountable.

Yet, their products have had devastating effects on the environment, animals, and human beings. Find out more about Monsanto accountability here.

To a large extent, Monsanto’s lobbying takes place via associations. These lobbying organizations are organized at the local, national, and international levels. What’s more, Monsanto coordinates with other corporations for their common interests.

Monsanto has perfected this strategy of coordination. They work through lobbying associations primarily in:

At the global level, their primary mechanism is the association Croplife International. From there, Monsanto uses countless smaller organizations to infiltrate politics at every level.

Croplife International brings together the pesticides and biotech sectors. Its shortlist of members includes some of the biggest agribusiness companies around the world.

These include familiar corporate faces such as:

Monsanto also exerts influence through regional biotech associations such as:

This represents just the tip of the iceberg. Monsanto also works with lobbies in the chemical and industrial food chain sectors. These associations impact everything from local to global politics.

An Intricate Web of Lobbyists

The intricate web of lobbying networks doesn’t stop there. The pesticide lobby often cooperates with industrial farmers’ organizations in the US. The same happens in Europe with the union of large farmers COPA-COGECA.

Together, they fight legislation to label GMOs and limit pesticide use. Monsanto also gives to political candidates and even state-level campaigns.

In 2015 alone, they contributed $4.33 million to their US lobby. The corporation also self-disclosed paying $2 million to some of its lobbying associations. This included the Biotechnology Industry Organization (BIO).

Monsanto even spent a reported $8.1 million in California. Why? To oppose a bill requiring GM labeling.

Monsanto’s Stranglehold on the World

Yet, the power Monsanto wields doesn’t stop with lobbying.

It holds a huge stake in the global food market, from the seeds farmers rely on to the pesticides they use. The union with Bayer has further magnified Monsanto’s reach, giving it a significant share in the global drug market.

But one thing’s for sure. The Monsanto lobbying reach affects just about every aspect of contemporary life.

This includes the food we eat, the medicines we take, the politicians we elect, and the legislation that does (or doesn’t) get enacted.

Would you like to stay informed about global politics? Browse the Post-Examiner archives for more stories. 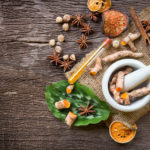 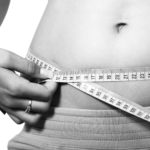