According to the CDC, there were over 30.8 million smokers in America in 2020. For many, this number seems unlikely to drop anytime soon. Tobacco enslaves many who refuse to acknowledge the damage that smoking does to their bodies.

Luckily for those in this category, there is another way. Vaping is on the rise, with many former smokers switching over and quickly realizing what they’ve been missing.

If you want to kick your tobacco habits, you may be wondering about the cost of vaping vs smoking. If the benefits sound appealing, it’s best to be prepared.

Keep reading to learn more. So, let’s get started!

The Difference Between Smoking and Vaping

Though both activities deliver nicotine, there are many other significant differences. Vaping is less harmful to your health than smoking, as there is no combustion involved.

This means that there are no harmful byproducts of vaping, such as tar and carbon monoxide. Additionally, you can control the amount of nicotine you consume by choosing e-liquids with different nicotine levels. Ideally, this is not possible with cigarettes.

Also, vaping is less addicting than smoking, so you can save even more money by not being as tempted to buy cigarettes when you’re out. Finally, vaping is much more affordable, as you do not need to purchase cigarettes and you can reuse your vaporizer.

An average vaper spends less than $1,000 a year on vaping supplies. This difference in cost is because cigarettes are taxed at a much higher rate than vaping products.

The Cost of Smoking

When it comes to the cost of smoking, there are quite a few factors that come into play. The most important factor is how much cigarettes cost in your area. The national average for a pack of cigarettes is about $6, but it can range from $4 to $8.

In addition, cigarettes contain tobacco, which is a much more expensive product than the nicotine used in vaping.

Vaping and smoking both carry health risks, but the risks associated with smoking are far greater. The health costs of smoking are well-documented and include cancer, heart disease, and stroke.

The risks of vaping are not yet fully known but are thought to be considerably lower. However, both vaping and smoking are addictive and can lead to dependence.

The cost of smoking, including the cost of healthcare, is estimated to be $170 billion per year in the United States. The cost of vaping is unknown but is likely to be considerably less.

Cigarettes, on the other hand, produce waste that pollutes the environment. They also contain harmful chemicals that can leach into the soil and water.

In contrast, the cost of vaping is significantly lower. Vaping requires electricity to power the device, and this can lead to higher carbon emissions. While there are environmental costs associated with it, they are much lower than the cost of smoking cigarettes.

Is it Worth the Switch?

Vaping and smoking both have their inherent costs and benefits. For smokers, the cost of smoking cigarettes can be quite high, both financially and in terms of health.

However, many smokers find the act of smoking enjoyable, and the nicotine habit is hard to break. For vapers, the cost of e-cigarettes and e-liquids can be less expensive than smoking, but there is also the initial cost of buying a quality vaping device.

In addition, you will also save money on other smoking-related costs, such as lighters and ashtrays. Both have their potential risks and rewards.

Switching from one to the other may not be worth it for everyone. For smokers out there looking to switch to vaping, know there are both financial and health benefits to be gained. So, be sure to check it out.

Vaping is much cheaper than smoking cigarettes, and the cost difference is even greater when you compare the cost of vaping vs smoking. In addition, vaping is less dangerous to your health than smoking, so you can save money while improving your health by switching to vaping.

This guide will surely help you decide if you’re up for the transition.

Did you find this article helpful? Check out the rest of our blog now! 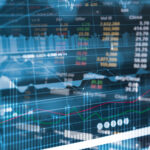 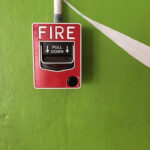