Named one of the new seven wonders of the world in 2007, Machu Picchu in Peru is a wonder to behold. It tells the ancient story of the Incas who built the city atop a mountain in the Andes.

Located 7,000 feet above sea level the site, Machu Picchu translates as “Old Peak” or “Old Mountain.” It remains one of the mysteries of the site of how Macchu Picchu was built.

Learn about the answer to the question, “how was Machu Picchu built?” and then put a visit on your must-do bucket list.

It’s believed the Incas built Machu Picchu in the height of their power in Peru. They were in power in South America during the 15th and 16th centuries.

There are varying theories about why Machu Picchu was built. Modern archaeologists believe the site was built as a royal estate for the Incas kings and leaders. It was also believed to be used as a religious ceremonial site.

Machu Picchu is more than just one building. It was an entire city with over 150 different buildings. It contains over 100 staircases built of heavy carved stone.

One of the many surprising facts about Machu Picchu is that it went undiscovered by the Spanish explorers who came into Peru.

It wasn’t until 1911 that Machu Picchu was found. An American archaeologist from Yale University was exploring the region with a small group. A local farmer told Hiram Bingham about some ruins up in the mountains.

He and his team made a hard climb up the steep mountain. A group of local peasants showed him the rest of the way and led him to the modern discovery of Machu Picchu.

Once discovered, Machu Picchu became a site for historians and archaeologists alike to marvel at the skill exhibited by the Incas.

The city contained everything from temples, sanctuaries, baths, and houses. Quickly those studying the site learned of the immense masonry skills used by the Incas.

They used slabs of stones fit together very carefully without and mortar to hold them together. Even today the site remains a wonder because of the engineering used by the Incas.

Machu Picchu was named a UNESCO World Heritage Site in 1983. It’s Peru’s most visited tourist site where thousands of people each year come to take in the wonder.

Getting to Machu Picchu is not for the faint of heart. You can take a train up the mountain from Cusco. Buses run round trip up the 2,000-foot elevation. For those real history buffs, you can follow Hiram Bingham’s path and hike yourself up for the visit.

Many who make the journey to Machu Picchu also take time to travel to Galapagos. Both are must-see destinations in South America.

There are many tours available. Some choose to take a boat trip through the Galapagos Island’s natural wonders. Then they travel on to Peru for a visit to Machu Picchu.

How Was Machu Picchu Built And The Galapagos

There is no doubt that Machu Picchu is a wonder of the world that captures the history of the Incas. A visit to this site is one you’d never forget. The wonder of how was Machu Picchu built remains one of the great triumphs in historical architecture.

Take advantage of your trip to South America and take in the Galapagos Islands. It’s also a wonder with its diverse wildlife.

Learn about other travel opportunities by visiting our tab Other Curious Topics and the travel link. 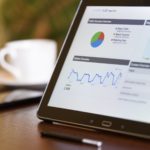 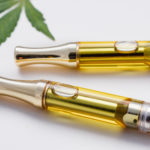