Once a person is convicted of a crime, there are a number of steps that take place during the criminal trial proceedings. As the accused party, you may be wondering what to expect from the process. Well, all criminal trials aren’t exactly the same, but there are a few standard steps that always go into play.

With that said, take a look at the information below to learn more about what to expect from a court trial.

The first step of criminal trial proceedings is selecting a jury. Doing the selection process, the court questions a variety of potential jurors regarding the matters pertaining to the case.

They’ll want to understand each individual’s ideological predispositions and their life experiences. The judge excuses certain jurors based on their responses.

After the jury selection, the trial begins by opening statements from the prosecutor and the defense. During this initial stage, no witnesses testify. The government has the burden of proof of the defendant’s guilt, and it’s the prosecutor’s job to provide more of an argument than the defense.

Next is witness testimony and cross-examination. During this step, each side presents their witnesses and tries to defend their case by cross-examining those witnesses. This is basically the heart of any criminal trial, and it’s called the case-in-chief.

It’s during this stage that the court tries to convince the jury beyond a reasonable doubt that the accused actually committed the crime. However, both the defense and prosecution present a case to the jury to persuade them.

Once all of the evidence has been presented and the witnesses come forth, it’s time for closing statements. This step of the criminal trial proceedings gives the prosecution and the defense one last time to persuade the jury.

They also take the opportunity to recap all of the evidence and information that was presented in the trial. The defense tries to provide its burden of proof, while the prosecution tries to convince the jury that the accused party is in fact guilty.

Once the trial is over, the judge supplies a set of legal standards that are required to decide whether the defendant is guilty or innocent. Once the judge predetermines those legal standards, they’ll instruct the jury on how those principles have to be decided upon. Then the case moves to deliberation.

Once the jury has its instructions, they’ll go over the evidence and witness statements. They’ll all vote on whether or not they think the party is guilty or innocent. Once the jurors vote, they’ll provide the verdict to the court.

Do you need an attorney to defend you? If so, reach out to The Hardy Law Firm.

Criminal trial proceedings are pretty standard across the board. But if you have any concerns, you can always speak to your lawyer about how they plan to handle your case.

If this article helped you, check out more of our blog posts to discover more informative content. 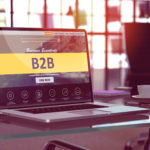 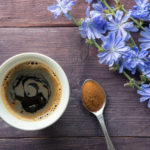