Going through the jail booking process for the first time can be a confusing and nerve-wracking process. Whether you’re innocent or guilty, you’ll still go through the same process if you go to jail.

Of course, you should never plan on getting arrested, but what can you expect to happen to you if you do end up going to jail?

This article explains the steps you can expect to go through if the police ever arrest you.

Your Information Gets Recorded

When you first enter jail, the police will begin by recording all your information. This includes your name and the crime you were arrested for. You shouldn’t try to give a false identity to the police because they’ll eventually find you out.

Giving false information is also a crime in itself that you’ll likely be charged with.

They Take a Mugshot

The next step in the arrest process is to have your mugshot taken. The -police will take you to a special room or area with a camera. You’ll then need to take a photo of your face and then a picture of yourself facing to the side.

Be aware that getting arrested means that your mugshot and name will be publicly available online. Making a funny face might seem like an amusing idea, but it could have consequences in the future.

They Take Your Personal Property

The next step when going to jail is to turn in your personal property. You’re not allowed to take any of your items, such as a phone or jewelry, into jail.

Instead, the police will store these items in a secure location. You’ll then be given the things back when you’re eventually released from jail. When taking your possessions, the jail will also make an itemized list of everything you hand over.

They Take Your Fingerprints

Even if you’re found innocent of the crime you’re arrested for, your fingerprints will still stay in the system.

They Conduct a Search

Before you enter the jail population, the police will conduct a search. This is to make sure you’re not trying to smuggle anything into the prison.

They Check for Warrants

As you get booked into jail, the police will also search to see if you have any other active warrants. There’s little point in trying to lie about having active warrants, as you’ll always get found out.

You’ll Get Information About the Jail

Now You Know What to Expect From Jail Booking

As you can see, the jail booking process is relatively straightforward. If you’ve already been arrested, you shouldn’t try to conceal information from the police about your name or whether you have active warrants, or you’ll almost certainly face an additional charge.

The best strategy is to simply comply with the police and wait for your court date. If you want to learn more about other legal topics, look at some of our other articles. 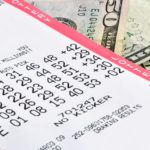 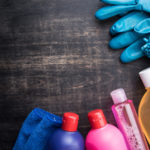