The legal marijuana market is quickly growing, as it was valued at just above $9 billion at the end of 2020. Marijuana, however, still remains illegal in many countries around the world.

This raises the question: where is it legal to grow cannabis? Where is growing cannabis allowed?

That’s what we’re here to look at today. Read on to find out which countries allow their residents to grow cannabis.

Which Countries Have Made Growing Cannabis Legal?

The landscape for cannabis products has greatly expanded the past few years, with many countries recently changing their laws surrounding marijuana. Let’s break down which countries allow you to grow cannabis:

Canada changed their nationwide cannabis laws rather recently, passing the Cannabis Act, or Bill C-45, in October of 2018. The law made marijuana legal, with each province having the power to set age limits on products.

The country places a limit of four cannabis plants per household for each adult. This sensible law makes Canada one of the best places to grow cannabis.

Uruguay might not seem like a pioneer in the worldwide push towards cannabis legalization. The reality is that they were the first federal government to legalize recreational cannabis in recent times.

In December of 2013, Uruguay legalized cannabis use for its citizens. They have a cultivation limit of six plants per household, allowing for sensible growing in its borders.

The Republic of South Africa

In September of 2018, the highest court in South Africa ruled that it’s legal for adult citizens 18 years or older to use, possess, and cultivate cannabis. This is allowed only for personal consumption.

While the rules around what constitutes private consumption is left up to police institutions, there aren’t any set cultivation limits. That means South African citizens can legally grow as much cannabis as they need.

The Netherlands has legalized cannabis for many years, but you can only purchase them at licensed shops. Cultivation is also allowed at five plants for non-commercial use.

While the five-plant limit isn’t well enforced, it’s still a reasonable limit for many citizens. The fact that consumption is allowed in public shops is also a plus.

Cannabis legalization is rather complicated in the U.S. Depending on the state, you might be able to cultivate cannabis for specific reasons or for any reason you want.

For example, states like Arizona and Rhode Island allow cultivation for medical uses. Other states, like Colorado and Alaska, don’t distinguish medical or recreational cultivation.

States have different cultivation limits, so it’s important to look up laws for each state. Many continue to outright ban the cultivation and consumption of marijuana altogether.

What About The United Kingdom?

A hot topic in the international marijuana community is the legality of cannabis in the U.K. While it remains mostly illegal outside of a few medical exceptions, the discourse around its legalization still looms large.

Many have asked, “Is weed legal in the U.K.?” but the answer remains “No.” The attitudes are beginning to shift with doctors and other medical professionals changing their tunes, so be on the lookout for changes.

Growing Cannabis Around the World

Growing cannabis legally can be tricky to understand, given all the different restrictions around the world. Use this article to help you understand where you can legally grow marijuana.

For more information on cannabis and other interesting topics, check out the rest of our site! 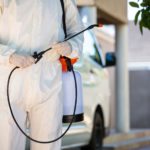 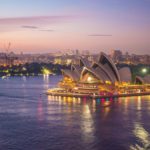