In the US, 5.6% of the population identifies as LGBTQ. While it’s a small number, it doesn’t mean their needs should go ignored. In fact, those in the LGBTQ community tend to experience mental health issues at a disproportionate rate, which means we need to focus on helping those in need.

Are you interested in learning more? Do you identify as LGBTQ or have a loved one that does, and you want to help them? Then keep reading.

Here are 5 LGBTQ mental health issues you should know about.

It can be tough to come to terms with who you really are. This is especially true if you don’t have a good support network and the people you’re surrounded by aren’t very tolerant.

As a result, those in the LGBTQ community have high anxiety rates, since many of them have to live in hiding. Many aren’t “out”, which means their friends, teachers, classmates, coworkers, and even family members don’t know that they’re LGBTQ. Living with this big secret can put immense pressure on someone, which can then lead to anxiety disorders.

LGBTQ youths in particular are most at risk for anxiety, since they can face lots of pressure from their peers. A good proportion of them have homophobic parents, which gives them no choice but to live in hiding at home, where it’s supposed to be their safe space. Even worse is, they might’ve come out to their loved ones and were met with unacceptance and denial, which can also exacerbate anxiety.

And in general, those who identify with the LGBTQ community tend to be more exposed to stigma and general unacceptable from society as a whole. Those who live in particularly unaccepting areas experience the most anxiety since their physical safety is threatened every time they step foot outside.

When you don’t have a good support system and the local community isn’t very accepting, it’s easy to fall into depression. Struggling with self-acceptance in addition to facing hostile people can make things feel hopeless.

Again, LGBTQ youth are especially at risk for depression because it goes hand-in-hand with self-esteem. All adolescents and teenagers already have issues with self-confidence since this is a crucial time in their lives where they figure themselves out and find an identity. So overall, depression is common in teenagers.

Often, depression is a precursor to suicide ideation or even suicide itself. So if you or a loved one is going through depression, it’s vital that you seek the help of an LGBTQ therapist. They can help you talk through your feelings and find healthy ways to cope with depression symptoms and learn the warning signs leading up to suicide.

Often, it can feel like you’re barely in control of your life when you come out as LGBTQ. Not only can anxiety and depression happen, but so can eating disorders. For many people, eating feels like the one thing they’re in control of, so they might become anorexic or bulimic, or suffer from disordered eating, which is basically irregular eating patterns.

Needless to say, eating disorders can be unhealthy and cause health issues that can get so bad, they’re unfixable. For instance, those with bulimia can throw up so much that their teeth are damaged from stomach acid.

The world can be a cruel place, especially to the LGBTQ community. It’s not unheard of for people to grow up abused, bullied, harrassed, and even targeted with hate crimes. Not only do these things come from peers and members of their local community, but they can also come from their own families.

As a result, problems with mental health in LGBTQ communities often involves trauma disorders, like PTSD. It’s highly recommended that if you have trauma disorders (or you suspect you have one), you speak to a therapist. They’ll be able to help you walk through those difficult memories and figure out how to deal with triggers that can disrupt your daily life.

Unfortunately, substance abuse is a prevalent problem in our nation, even for those not in the LGBTQ community. The truth is, many people use drugs and alcohol to self-medicate. Both current and past mental health issues (like PTSD) can be too much to bear, and substance abuse can be a quick band-aid that numbs the pain.

It can be difficult to reach out for help, so it’s not uncommon for a small substance abuse issue to quickly grow into a large, unmanageable one. And in these cases, the LGBTQ individual struggles even more because they have unresolved traumas, substance abuse, and other mental health issues that need to be taken care of.

Again, it’s a great idea to talk with a therapist. Not only can they help with unresolved trauma, but also your substance abuse problem. They’ll help you find healthier ways to cope.

LGBTQ mental health can be a difficult subject to tackle. From anxiety and depression, to eating disorders, trauma disorders, and substance abuse, there are many things that can affect the mental health of LGBTQ-identifying individuals.

But by educating yourself and others about these issues, you’ll be better equipped to handle these things should they arise. Whether you or your loved one is part of the LGBTQ community, you’ll have more knowledge on how to recognize and address problems, before they become larger.

If you found learning about mental health in the LGBTQ community beneficial, then keep browsing our blog page now. 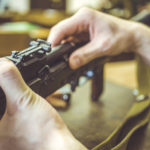 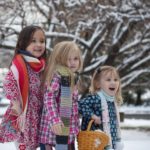