Sex — it’s one of the most important parts of a relationship. But while many Americans find themselves in relationships, around half of them say that they’re not quite satisfied with their sex lives.

If you find and your partner yourselves in this situation, you’re not alone. It’s never too late to start spicing things up in the bedroom.

This article will walk you through how to have better sex, and how to have more sex, by teaching you a few kinky sex ideas.

You don’t have to play with dominance and submission to explore the world of bondage, and vice versa.

If it sounds hot to you, talk to your partner about whether or not they might want to play with bondage in your next sexual encounter. You can take turns tying each other up so that it doesn’t feel like one of you has power over the other. From here, you can figure out if you like being the one restrained, or prefer to be the restrainer.

You can start with something soft and inviting at first, like furry handcuffs, and work your way up to belts, ropes, and real handcuffs.

2. Play With Dominance and Submission

Perhaps you’re looking to spice things up, but have any ideas about the role you think power dynamics can play in your sex life.

There’s nothing wrong with this. Power dynamics during sex with someone you trust is a great and safe way to explore some fantasies that you might have.

You can start slow at first. If you like the idea of telling your partner what to do, and they’re enthusiastic about the idea of being submissive, consider instructing them on what they should do to you, and how they should touch themself.

This might seem pretty vanilla at first, but the basis for all dominance and submission scenarios is two people trusting that one person can lead and the other will follow.

From here, you can work in things that you’re curious about. After one partner is confident in leading sex and telling the other what to do, they might also be comfortable setting certain “rules” and administering punishments if they’re not followed. These punishments can include spanking.

A submissive person may also enjoy being hurt, choked, slapped, and denied orgasm. It should be noted, however, that these actions require a lot of trust between two people.

3. Work Dominance and Submission and Bondage Together

If you enjoy bondage, find that one of you prefers leading, and the other prefers following, and want to up your dominance and submission play, consider working bondage in.

The dominant person might tie up the submissive person, and deny them pleasure unless they swear to do certain things. The dom might also make use of blindfolds and gags, to further assert their dominance in the sexual situation.

When you’re able to combine these two things together, a whole new world of sexual possibility opens. You can work in any of your other kinks.

If the submissive person likes the idea of being “owned” by the dominant person, perhaps you could try a leash or collar. This fetish has become a lot more popular lately.

Threesomes get a bad rap, even among many sexually open people. They’re often seen as more trouble than they’re worth, awkward, and comfortable.

However, this is usually because threesomes happen spontaneously. Many spontaneous sexual encounters are awkward, and the presence of a third person makes it tough to figure out exactly what’s going on.

But if you have a person that you can have consistent threesomes with, you can work up sexual chemistry.

Since you’re going to be pretty hands-off with it, it’s controlled by a separate remote. This ensures that you’re able to give each other maximum pleasure.

Spicing Things Up in the Bedroom Isn’t Hard

However, at the end of the day, the quality of your sex life is going to come down to your own imagination. Make sure you and your partner always communicate, and you can do no wrong.

For more articles like this, check out our sex and relationships section. 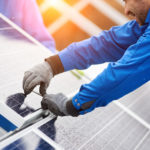 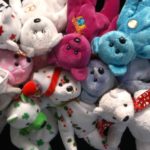