There’s a big, booming beanie baby business out there, with some of the classic plush dolls going for thousands of dollars on trading sites. If you have a childhood (or adulthood) collection of these little guys gathering dust in an attic box somewhere, there’s every chance you’re sitting on a gold mine.

But how do you figure out if you’ve got a box of legendary collectibles or a load of ultra-common plushy pals?

With this guide, of course! Join us as we take a look at the most collectible beanie babies out there. Who knows? It might change your life!

The incredibly named Large Wallace and his pals Cashew and Huggy are far and away the most valuable beanie babies you could come across. They can sell for as much as $600,000 on auction sites, which is incredible!

Why are these rare beanie babies so valuable? Some people will tell you it’s their rarity, but we think it’s because ‘Large Wallace’ makes him sound like a beanie baby Biggie tribute act.

This is one of the most famous, and rarest, collectible beanie babies out there. Princess the Bear was created as a tribute after the tragic death of Princess Diana in 1997. Identifiable by the white rose on her purple fur, Princess the Bear can go for hundreds of thousands of dollars these days.

Patty is a purple platypus who was made during the very first run of beanie babies in 1993. Now one of the most valuable beanie babies around, Patty can be identified by the grammatical errors on her tag!

Gobbles the Thanksgiving Turkey is a plush turkey originally released for Thanksgiving 1997. She’s identifiable by, well, the fact that she’s a turkey, but also by errors in the poem on her tag. Yep, much like Patty, the flaws in this specimen only make her more valuable.

Tragically, not a beanie baby shaped like Master Chief. Instead, Halo the bear was a plush white bear with angelic features that came out in 1998. She had a very limited run, lasting a little over a year, so no doubt her relative rarity contributes a great deal to her value.

Don’t know if the winged white bear you have is the right Halo? Check out the nose: black means you have a common, non-collectible beanie baby, while a brown nose means you’ve got a genuine rare Halo on your hands!

Do You Have a Box Full of the Most Collectible Beanie Babies?

So what are you waiting for? Go get those boxes out of the attic!

Liked this article? Check our site for more! 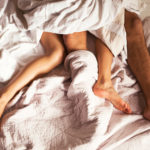 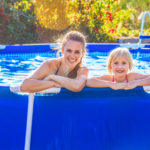