It’s impossible to truly ever know anybody. People are complex, irrational beings with their own ways of doing things. Those ways don’t always match with the way you may do things, or match with what employers want out of an employee.

That’s okay. But it’s also inconvenient to find that out after making an investment in someone. If employers hire somebody who doesn’t turn out to be a good fit, they’ve wasted money and time.

That’s why psychometric tests are ubiquitous through industries. It’s why so many people list their Myers-Briggs personality type on dating profiles. Not only can they give other people valuable insights about you, but they help you learn about yourself.

They can also make people anxious. Relying on them can harm employers.

Keep reading below for five crucial things to know about psychometric tests before you start testing yourself.

1. Psychometric Tests Are Not the End-All, Be-All

Some people take the Myers-Briggs test and believe their results reflect themselves. They believe that whether they’re INFJ, INTP, ENTJ – that’s all they are. But at the end of the day, those are only four letters measuring four aspects of a person’s personality.

They don’t fully capture what it’s like to be a person. An INFJ can enjoy going out to bars, even though the test says they’re introverted.

The tests don’t capture a person’s life experiences that make them who they are, or how a person changes over time.

They don’t say much about the kind of person you’ll be down the road. Just who you are right now.

Some tests, like the Myers-Briggs, try to capture the way a person behaves in general. IQ tests try to measure a person’s intelligence.

The HBDI tests the way different people think. And the MMPI measures any potential mental issues a person may have.

Taking one is a drop in the bucket. It simply can’t explain everything about a person.

3. They Can’t Diagnose Disorders in People

While the MMPI was developed specifically to try and reveal disorders in people, it doesn’t make an actual diagnosis. Only trained professionals can hand those out.

For them, tests are supplemental for what they already know about you. And they rely more on a person’s experience in the office than what a test says before diagnosing anything.

4. The First Tests Were For Intelligence, not Personality

Psychometric tests have come a long way since they first got developed. Alfred Binet first introduced an intelligence test in 1905, and it was riddled with scientific inaccuracies.

It didn’t account for differences in educational opportunity or upbringing. So it skewed heavily to say the more privileged someone is, the more inherently intelligent they are.

Psychometric tests have evolved since then, and measure more than one trait.

5. Some Things Can’t be Measured

But there are still some things that can’t be measured. People are more than a mass of genetic material.

They’re formed by the life experiences they persevere though. Their pathologies are mapped by what they’ve overcome.

Psychologists are people trained to understand that. They’re trained to empathize and relate unlike the cold, calculating workings of psychometric tests.

Psychometric tests can never fully explain what it’s like to be somebody else. They also can’t fully reveal what a person is capable of. But they can give others an idea of those things.

Psychometrics Tests Are Scientific Tools, Not Much More

Just like what a person sees in a microscope, it’s hard to dispute psychometric tests results. Just because something is seen through a scientific lens doesn’t mean it’s skewed.

But that also doesn’t mean psychometric tests say everything there is to know about someone. Just because somebody is a different personality type doesn’t mean they’re incompatible for something.

These tests can help a person learn more about themselves. They’re also useful ways to start exploring a person’s personality. But that’s it.

They’re useful for satisfying a curiosity. Like we do here.

If you’re curious about people, make sure you check out our CuriosityHuman People blog! 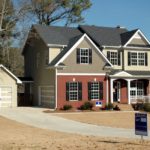 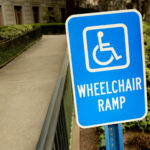