Have you noticed the paint peeling off on the wall near your shower?

What about water stains on the ceiling below the shower?

If so, it’s possible you have a leaking shower.

Often, a shower pipe leaking behind the wall may go unnoticed. However, it usually ends up causing musty smells and even mold growth in your bathroom.

The good news is that you can fix it by yourself without much effort.

Here are some tips to help you fix a leaking shower:

The first step to fixing a shower leaking behind the wall is to confirm the source of the leak. With the numerous pipe connections, it’s pretty difficult to find the exact place where the pipe is leaking from.

To confirm the source of the leak, check whether there are any caulking areas around the bottom of the shower where it’s attached to the wall. In most cases, when the caulking breaks due to wear, leaks can occur.

If the leak is within the wall itself, you’ll need to create an access point. Leaks inside the wall can make your decorative tiles peel off. However, if you don’t have the skills and right tools, you may need some professional help for this.

An access panel allows you to locate the leaking faucet without damaging the shower’s surroundings. When creating an access panel, you must be careful not to cut into any studs or pipes in the wall.

The best way do this is drilling into the wall to create an opening where your jigsaw blade will go into. Then, cut out a panel area while paying attention to the surrounding pipes.

Once you’ve cut out the panel, install a swinging door over the opening to act as an access point to the shower’s plumbing.

If the leak comes from a hole in the pipe, it may need some expert skills to fix it. Thus, it’s best to contact a qualified plumber for help.

For a temporary fix, you can make a patch on the metal pipe. To do this, turn off the main water supply and clean the leaking area with steel wool to remove any rust. Then, use a water pipe tape or specialized pipe epoxy to seal the leak. This can hold for several days.

If the leak is from the shower arm, you may have to prepare for more than just one diagnosis since leaks caused by a shower arm can be quite difficult to locate.

The most common leaks associated with shower arms are at the threaded connection between the shower arm and the drop-ear elbow pipe inside the wall.

To fix the leak, remove the shower arm and clean the threads using a wire brush to remove the old sealing compound. Next, wrap the threads with a plumber’s tape and reinstall the arm.

Be careful when fixing the arm into the pipe. Too much tightening can cause more leaks.

Fixing a shower valve will resolve shower leaks behind the wall. However, this requires some skills.

To fix it, remove the shower handle by unscrewing the cap that holds the handle in place. You may need to use an Allen wrench in case the screwdriver isn’t effective. Next, remove the trim plate found right behind the handle and cut a sizable access hole to allow you reach to the valve.

Using a mini-hacksaw, cut the old valve out of the wall while being careful not to cut the copper wires connecting the valve. Remember to shut off the water before cutting off the old valve.

Install the new valve by gripping its end with a pair of pliers and slide it back into place. Lastly, screw the trim plate and the handle’s cap to seal up the valve.

Leaks can also occur at the connection between the shower tray and the waste pipe. This is often due to faulty or worn out sealant compound.

For this, you’ll need to access the pipework and adjust or tighten the joints to resolve the leak. Alternatively, you can also remove the whole shower tray and replace it with a more solid one with a better grip. However, this can be more expensive as it may require some professional help.

If you’re still wondering, “why is my shower leaking?”, then check for cracks found in your bathtub or shower tray. Most of these cracks are hardly noticeable.

The only way to fix this problem is to manually check for crevices when the water is turned off. You can seal the crack with a water-resistant compound or replace the tub if the crack is too big.

A leaking shower can be a nuisance especially when the leaks are audible at night or cause some flooding on the floor. However, using the above tips, you can fix the leaks yourself and enjoy peaceful nights.

Nevertheless, keep in mind that some of the fixing solutions stated above require special tools. If you don’t have them, it’s best that you consult your local plumber. Better yet, you can save some time and energy by calling in a professional.

For the walls damaged by the shower leak, you may have to renovate the entire wall depending on the degree of damage. If the leak was detected early enough, re-applying a fresh coat of paint will fix the unsightly walls.

Fixing a behind the wall shower leak can be tiring, so why not listen to some these worship music to motivate you as you fix those leaks. 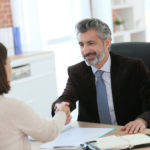 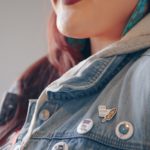