When many of us think of the phrase “pieces of flair”, our minds immediately go to the 1999 cult classic, Office Space. In the film, actor Jon Livingston’s character hates working in his office. Jennifer Aniston’s character hates her job at Schlotzky’s, a fictional restaurant based on TGI Friday’s.

Peter, Livingston’s character wants to quit his job for a million reasons. Joanna, played by Aniston, cannot stand the phony cheerfulness required of her at her waitress job – especially the fact she has to wear fun buttons and pins on her uniform known as flair. This movie is a comedy, so we laugh, but we can also understand their work-related frustrations, too.

Although Joanna has a deep-rooted hatred for flair, believe it or not, flair has its place in the long history of the United States in political campaigns and elections. For hundreds of years, politicians have promoted their campaigns by distributing pins and buttons to their supporters. They did this to spread the good word about their campaign. Before social media, these were one of the most effective ways for supporters to let others know which candidates they liked, and for those candidates to advertise.

The History of Campaign Pins and Buttons

The concept and idea of campaign buttons and pins is older than mass-produced items of either of those types. They can be traced back as far as to our first president, George Washington.

George Washington didn’t campaign for president much. It was pretty obvious to all at the time that he would get the job, and he remains the only president elected unanimously. But his supporters still wanted to express their support for him and their joy at his being elected. In order to share the elation amongst the people, brass buttons were distributed to some of those in attendance at his inauguration.

These buttons were just like the type of buttons that might be on a coat or jacket at the time. They were stamped with his initials, G.W., and the phrase “Long Live the President.” Considering the fact that the United States had just won independence from Britain, this play on “Long Live the King” may seem a little ironic today. But, it got the point across at the time.

Forty years later, Andrew Jackson became the first candidate to use political pin-type objects to support and promote his campaign. Jackson was not pleased when he lost the election of 1824 to John Quincy Adams. When he ran against him again in 1828, he campaigned much more aggressively than he did the first time.

Part of the way he did this was by offering campaign swag to his supporters, which included things like trinkets, flasks, snuff boxes, and brass coins with his image stamped on them. Andrew Jackson was a war hero. He wanted to remind people of that as much as he could, so the image stamped into these coins depicted him seated upon a horse in his uniform, sword drawn, ready for battle.

Jackson’s merchandise-based marketing campaign worked. These pieces of flair helped him to win the 1828 election, making him our country’s seventh president.

By the mid-1800s, promoting oneself in a political campaign by distributing small collectibles was commonplace. Thanks to new advancements in image capturing technology, such as tintype and ferrotype, candidates were soon able to mass produce and circulate pins that included their images. At the time, this was very futuristic. Before this time, owning an image of someone else was very uncommon, unless you purchased a painting of him or her, or kept a print of a drawing from a newspaper.

The first election in which these types of pins were available was during Abraham Lincoln’s winning campaign in 1860. Lincoln and his opponents embraced this new technology. They awarded supporters with objects featuring their portraits, all of which are surely quite valuable today.

The Emergence of Modern Campaign Buttons

The first modern style campaign buttons that are similar to those we see today first appeared during the election of 1896. This election was between William McKinley and William Jennings Bryan. A company called Whitehead & Hoag, based in Newark, NJ, invented and patented pins that featured a celluloid protective covering that wrapped around a paper image and attached to a metal backing. These were long lasting, inexpensive, and allowed the use of color in the designs.

Although slogans disparaging political opponents existed in elections even before the United States existed, the clever opposing slogans between McKinley and Bryan were rather memorable. They referenced the lunar eclipse that occurred that year. McKinley began by creating pins where his portrait eclipsed an image of Bryan. Bryan responded with slogans including “Total Eclipse November 6” and “Partial Eclipse Will be Total in November.” McKinley won.

Perhaps the most famous slogan found on a campaign button in our nation’s history was the phrase “I Like Ike” in support of Dwight Eisenhower’s campaign. Unlike many other political pins and buttons, these buttons were not made by Eisenhower’s campaign to promote his candidacy. Rather, they were by his supporters to encourage him to run.

At the time these buttons first appeared, Eisenhower was the Army Chief of Staff. He had not yet decided if he would run or under which party. These buttons allowed supporters to express their support without adhering to the Republican or Democratic parties specifically.

Today, hopeful candidates use buttons and pins to promote their campaigns everywhere in the United States. Thanks to decreases in production and shipping costs, they are actually even more widespread than ever before. Even elementary, middle, and high school students often make buttons to give to supporters in student council elections. In general, political campaign pins and buttons give people of all ages a chance to advertise their support of a particular candidate, even when no one has even shown interest in asking.

Older pins and buttons are highly collectible. Dependent on their rarity and age, some can fetch a pretty penny when sold to collectors or when offered up on online auction sites. The most valuable campaign button currently is likely one from the 1920 presidential election. It depicts an image of candidate James M. Cox alongside his running mate, Franklin Delano Roosevelt.

If you like the look and idea of campaign buttons, it’s not a bad idea to start your collection now. In about fifty years, the rarer buttons you have collected may be more valuable than you could ever imagine.

Tips for Your Own Flair

If you’re running for office, or simply want to make your own flair to share with your friends, there are countless companies that can produce them for you. You can hire a graphic designer to make it look really professional, but since your design should be simple for the greatest impact, you can also do it yourself. However, before you get started, you may want to consider these design tips.

Perhaps if Jennifer Aniston’s character was aware of the incredible and long history of campaign buttons and pins, she wouldn’t have been so opposed to wearing so many pieces of flair. Today, even the real TGI Friday’s has eliminated flair from their uniform requirements. Reports say too many people asked employees about it after the movie became popular.

Luckily, though, flair lives on in political campaigns nationwide and shows no signs of slowing down or disappearing any time soon.

If you enjoyed this article, you can find more like it on Cross.tv. Cross.tv is the world’s largest library of Christian media content from around the world. 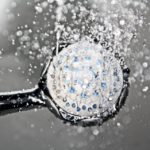 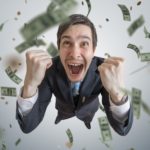