It’s not fair but it’s true: women have a higher risk of developing dementia than men. This disease claims the lives of thousands of women worldwide. It causes them to lose relationships, careers, and their identities.

How can you prevent yourself and your loved ones from developing it?

There’s currently no cure for dementia. But, as scientists do more research on the disease, the closer we get to a cure.

The best form of prevention, for now, is to learn everything you can about this common disease. To start, keep reading for eight things you need to know about dementia in women.

It’s a well-known fact that women live longer than men. Recent reports say women tend to live five years longer. What does that mean for dementia?

Age is a key risk factor for dementia. Since women tend to live longer than men, they have more time to develop this disease.

But, it’s important to note that old age does not cause dementia.

Seniors are prone to diseases that prime the brain to develop dementia. Every elderly woman doesn’t have dementia, so we know it’s related to more than just age.

2. Women Can Be Under-Diagnosed

What does this mean?

One of the first tests physicians do on seniors to see if they have dementia is a verbal memory test. Men aren’t as inclined to remember verbal items. So, they can get wrongfully diagnosed with dementia.

Women who are in the early stages of dementia may still have a stronger verbal memory. Despite having dementia, physicians won’t catch it with the first test because it focuses on verbal memory.

Thus, there could be multitudes of women going undiagnosed.

Neuroscientists discovered that the gene, ApoE-4, strongly correlates to the onset of dementia. It has more scientific backing than any other gene that may relate to the disease.

Women that are positive for the ApoE-4 gene are twice as likely to develop dementia than women who test negative.

Men aren’t affected by the ApoE-4 gene. They can test positive or negative and see no impact on their risk for developing dementia.

4. Heart Complications in Men and Women

In one ground-breaking study, 16 000 people were assessed over a 25-year period. Those with vascular conditions earlier in life, about 1500 people, developed dementia.

5. Changes in Estrogen Over Lifespan

The hormone, estrogen, is important for brain function. Women, whose estrogen levels fluctuate, have more than men for most of their lives.

But, when women go through menopause, their estrogen levels decrease. This can cause negative consequences in the brain. And dementia, after all, is a brain disease.

Some research claims that women who maintain their levels of estrogen are less likely to develop dementia. This includes women who start menopause later or who birth at least one child.

While estrogen, through hormone replacement therapy (HRT), could be a solution, there isn’t enough research on it yet. HRT comes with some risks, so it can’t be the final solution to dementia in women yet.

Strangely enough, men and women experience dementia differently. Both lose their memories, their judgement, and have difficulty communicating.

The disease seems to progress faster in women. They also develop memory impairment sooner in the course of the disease than men.

Then there are societal differences in how men and women respond to memory loss. Both experience social withdrawal and depression. But, men are less encouraged by society to express their emotions.

7. Lack of Awareness About Women and Dementia

We hear about breast cancer in the media more often than brain diseases like dementia. But, twice as many women die from dementia than breast cancer.

That doesn’t mean we need to focus less on breast cancer awareness. We just need more publicity on dementia in women.

There simply isn’t enough awareness about how critical a dementia diagnosis is. Without awareness, there isn’t enough pressure to do the research needed.

Female scientists are the driving force behind doing the research needed to find a cure. But, there’s a disparity between the number of women versus men in the field.

Furthermore, the women scientists that are in the industry aren’t likely to stay there. 27 percent more male scientists are likely to continue working in the field than women. The reasons for women leaving the research field are uncited.

When girls aren’t encouraged to learn about STEM, we have fewer women scientists. Thus, fewer scientists making progress for diseases that affect women.

For years, it was unknown why women develop dementia more often than men. Although the causes still aren’t clear, we know much more.

Dementia in women is an epidemic that deserves our attention and awareness.

Many universal diseases affect women differently than men, like dementia. Others range from allergies to depression to weight loss. Empower yourself by learning about these conditions and how you can protect your health. 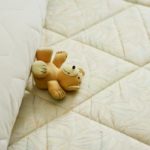 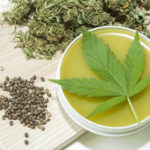