We’ve been flying the American flag since 1777, although it has changed a little in that time. What started as 13 stripes and 13 stars has become the 13 stripes and 50 stars we know and love today.

If you own an American flag, then you want to be sure that you treat it with the respect it deserves.

There is long-standing etiquette relating to the American flag, and it’s all too easy to fall foul of these rules.

Read on as we take a look at some of the American flag etiquette mistakes you should try to avoid.

1. Displaying the Flag After Sunset

Your flag is intended to be flown between the hours of sunrise and sunset. If your flag is still flying in the dark, then that’s a breach of etiquette.

The good news is that if you want to fly the flag 24 hours a day, it is still possible to do so. Flying flags at night is allowed, but if you’re flying the American flag after sunset, you must be sure that it is properly illuminated. By lighting up your flag at night, you’ll no longer be breaking the rules.

2. Displaying the Flag in Inclement Weather

Leaving your flag out in the rain isn’t exactly showing it the respect it deserves.

You should only have your flag out in the right weather for displaying flags. If you fly your flag in poor weather, it can end up getting ruined. When bad weather hits, take your flag down and keep it safe until the weather takes a turn for the better.

3. Not Folding Your Flag Correctly

If you do take your flag down due to poor weather, then you want to make sure you store it correctly. Just throwing it into a drawer is not good etiquette.

You should fold your flag for safekeeping, and ideally it should be folded into a triangle. This is a tradition that is intended to make the folded flag resemble the tri-cornered hats worn by George Washington and other soldiers that fought in the Revolutionary War.

Start by folding the flag over lengthways twice to make a long strip. Then fold the one corner across to the opposite edge, making a small triangle. Fold this triangle over again. Repeat this from both ends until the triangles meet in the middle. Tuck one inside the other, and you have a perfectly folded flag in a neat triangular shape.

4. Displaying the Flag Below Another Flag

If you have more than one flag that you want to fly, then that’s perfectly fine, but you need to be careful about the position of the American flag.

5. Letting the Flag Touch the Ground

You should show the American flag the respect it deserves as the symbol of a nation. That means taking care when handling it and ensuring that it never touches the ground.

This rule of etiquette is practical as much as anything else. If you take care not to let your flag touch the ground, then it will maintain its condition for much longer and give you years of service.

It’s not the case that if the flag touches the ground, it must be destroyed. There is nothing wrong with washing your flag, but it would be disrespectful to fly a soiled, dirty, or ragged flag.

You may see athletes draped in their national flags at occasions such as the Olympics, but wearing the American flag is actually something that is a breach of etiquette.

The flag should never be used as apparel, drapery, or bedding. It’s fine to wear clothing that’s designed to resemble the flag, so Apollo Creed wasn’t breaking any rules in Rocky IV. Wearing the flag itself, however, is a definite no-no.

There is a right and wrong way to position your flag. The union (the blue field of 50 stars also known as the canton) should always be in the top-left corner.

If the union is in the top right, then you have the flag the wrong way round. Obviously you have no control over which way your flag blows when it is on a flagpole, but when you’re hanging a flag, it should always be the correct way around.

Even the best of flags won’t last forever. If your flag is old and worn, then it’s a breach of etiquette to keep flying it.

Cleaning the flag can only do so much. At some point you’re going to have to replace it. When you do, a company like Ultimate Flags can provide you with a high-quality flag that will last you for years to come.

9. Tossing Your Flag Away

If your flag is too worn to fly anymore, then you need to take care to dispose of it with respect.

For more great content on a wide range of different topics, please be sure to check out the rest of the site. 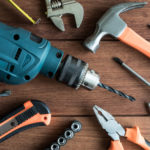 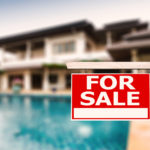