Coin collectors have different reasons why they started collecting coins. For some, it’s a simple hobby that involves collecting beautiful and historical coins. For others, though, they intend to collect as many high-value coins as possible.

Whatever the reason is, the fact remains that the number of coin collectors is increasing. This means the number of competitors for the most valued coins also increased. This may further increase the value of these coins, so better get your hands on them fast.

If you’re one of the new ones or if you’re looking for new coins to add to your collection, read our list below of the best coins to collect.

It’s one of the most recognized silver coins in the world. The Morgan Silver Dollar is a favorite among silver and coin collectors.

Its face value is at $1, but on the average condition, it can fetch as much as $80. A certified mint state condition can bring up to $1,700 in auctions.

The obverse of the coin features the head of Miss Liberty, while the reverse features an eagle. It was in circulation from 1878 through 1904. It went into production again in 1921, and the government discontinued it since then.

This coin featuring Ben Franklin on the obverse is a silver coin by John Sinnock. It has a face value of 50 cents, but you can get it for around $14 in the market. At auctions, though, you can get as much as $125 for a coin.

The reverse side features a bald eagle. It was a bit ironic because Franklin opposed the nomination of the bald eagle in favor of a wild turkey.

The Federal Reserve began circulating the coin in 1948. It went on until 1964 when an image of John F. Kennedy replaced Franklin on the coin.

These large cents are what we know as pennies today, although they’re much bigger. It is close in size to the modern half-dollar.

The government later reduced the size to 19 mm, the size of the current pennies, in 1857.

This is also a popular coin among coin collectors, but it’s also one of the most controversial ones.

Former President Roosevelt contacted Victor David Brenner for a new design. At the time, the cent sported an Indian head. Brenner designed the Lincoln Head, which then went into circulation in 1909.

The controversy involved the prominent display of Brenner’s initials on the reverse. People questioned the inclusion of his initials, especially since he received compensation for his work.

The government produced around 484,000 coins with the V.D.B. initials. The consequent coins didn’t have the initials, making the first batch a valued collector’s item.

This coin became a necessity during World War II when the U.S. government needed to save copper. The switch only lasted a year, though.

Its value today is equal to its face value. Although it isn’t as valuable as the other coins in this list, its historic significance earns it a spot in any coin collection. Some coins, however, can have a value of up to $10.

A 1943 penny made out of copper is rarer and worth more. It can cost as much as $10,000 or even more. This is because the coin was an error, and only a few of it left the Mint facilities.

The two-cent coin has an important place in history, being the first coin to carry the “In God We Trust” motto. It’s familiar only because all the coins in circulation today have this motto.

A well-worn two-cent coin costs less than $25, but some special ones can fetch $200 to $600. The Mint produced two versions in 1864, one with a large motto and one with a small motto. The one with small letters has a higher value because they are rarer.

You may also want to collect “In God We Rust” coins alongside the first “In God We Trust” coin.

It doesn’t mean anything religious or political; it was a mere error caused by a grease build-up in the die. This prevented a clean pressing.

In some coins, the “T” is barely visible, but in some coins, there’s not even a trace of the letter. These are worth more; they may cost $15 to $30, depending on the condition.

The uncirculated coins without a trace of T are worth even more, costing over $50.

The Liberty Seated design had been in production for 55 years. This makes it one of the longest-lasting coin motifs.

The dime, produced from 1837 through 1891, is the cheapest coin you can get bearing this design. There are other 6 variations, though.

You can also see this design in a half-dime, the 20-cent coins, quarters, and half-dollars. It’s also the design of the Gobrecht dollars and Liberty Seated dollars.

The dime is available almost anywhere, and the Legendary Obverse edition costs as much as $10. There’s an uncirculated version of the No Stars Obverse type, though, that can fetch a high price of $740.

Of course, you must have a Walking Liberty coin as well in your American coin collection. It’s a product of the coin renaissance, which Theodore Roosevelt started as he wanted all the coins redesigned. The Walking Liberty design is also in the face of the American Eagle Silver dollar.

As a result, this is one of the most beautiful coins to ever come out of the U.S. Mint facilities. It was first minted in 1916 up until 1947. This also means it circulated during one of the most iconic periods in American history.

There was also a Standing Liberty in circulation, but the 1932 Washington Quarter soon replaced it to honor the 200th birthday of George Washington. The government intended for it to be a commemorative coin only, but it became permanent because of its popularity.

There were two variants of this coin. The 1932-D fetches a higher price, but the 1932-S have better availability.

Some of the most impossible quarters to find are the 1932 Philadelphia quarters. If you want a circulated example of the 90% 1932 Washington quarter, though, you can get one for less than $25.

This coin came from the 50 State Quarters series that ran from 1999 through 2008. The series featured designs that represented each state. For the Wisconsin quarter that came out in 2004, it was of a cow, a wheel of cheese, and an ear of corn.

Some coins are more special, though, as these featured an extra leaf on the corn stalk. There are also two varieties of this error: the high leaf and the low leaf.

On average condition, a coin with an extra leaf is worth around $36. An uncirculated mint condition, however, may cost around $100.

The St. Gaudens gold coin had a face value of $20 and was first minted in 1907. This wasn’t the version that went into production in 1908, though. The first one, the engravers made in high relief, which were problematic.

The St. Gaudens coin is one of the most beautiful coins ever created. Add to that the fact that it’s made with gold, and you have the perfect reason to add this to your collection.

There were two variants of this coin created. The first one didn’t contain the motto “In God We Trust.” Many collectors try to get both.

The first Peace Dollar, produced in 1921, was the work of Anthony DeFrancisci. It was a commemoration of the peace following the Great War. The obverse featured Lady Liberty and the reverse featured the American Eagle, symbolizing the peace.

The U.S. Mint produced a limited supply of over 1 million. This is in part due to the late start; the mint did not begin striking the coins until December 26 of that year.

Because of the historic significance and the rarity of the 1921 Peace Dollars, it became one of the best coins to collect. A coin in poor condition can still cost over $100, and one in certified mint condition is worth as much as $1,500.

Learn More About the Best Coins to Collect

The coins above are what you would often see on coin collections or the wishlist of coin collectors. While it’s a good guide that will help you get started, remember that the best coins to collect are also the ones that have a high value to your eyes. It doesn’t matter if they don’t fetch a high price, you only have to make sure it adds value to your collection.

But why stop here? We have more posts to help you out! Learn more tips and guides like the above by reading our other articles. 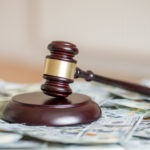 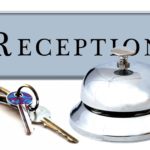