When it comes to objects of great beauty, there’s no question that gemstones rank among the most beautiful objects on earth.

That’s why they are so sought after for jewelry. After all, nothing brings a piece of jewelry to life quite like a precious gemstone.

Have you ever wondered about the most valuable gemstones in the world?

If so, you’re in luck. This article takes a look at a list of rare gems that are worth a fortune.

Keep reading to see the best of the best.

Known for their exotic green tones, emeralds have long remained among the most popular gems on the planet.

Found primarily in Brazil, Colombia, Zambia, and Zimbabwe, flawless emeralds have sold for millions of dollars. In fact, an 18.04-carat emerald, once purchased by John D. Rockefeller, later sold for $5.5 million at auction.

Valued at $1.18 million per carat, rubies are often referred to as the “King of Gemstones”.

A ruby features a spectrum of gorgeous and vibrant red hues that dazzle the eye.

In many cultures, the ruby symbolizes passion as well as a zest for life. Some cultures even believe that the color of the red represents blood.

The most expensive ruby ever sold was 26 carats and went for $30 million at auction.

The musgravite is extremely rare, thus it’s valued at $35,000 per carat, making it among the most coveted gemstones.

First discovered in Australia in 1967, this gem is formed by a combination of aluminum oxide, zinc, iron, and magnesium.

Next is the red beryl.

This gem is found almost exclusively in mines located in Mexico, as well as in regions of Utah and New Mexico.

The red beryl is a gorgeous gemstone that is known for its hypnotic shades of deep red. Much like emeralds, red beryls tend to feature inclusions and fractures, which add to their stunning appearance.

Due to their uncommon beauty and rarity, these gemstones can demand as much as $10,000 per carat, and are well worth that steep price.

When it comes to the rarest gemstones on earth, none are more rare than the painite.

That’s right, the painite is literally the rarest gemstone on the planet. This gem was first discovered in 1951 in the Mogok region of Burma.

The painite is a borate of calcium, zirconium, and aluminum, and its chemical formula is CaZrAl9O15(BO3).

Painite’s typical color varies from orange-red to brownish red, making it a stunning addition to any top-rate collection of precious gemstone jewelry.

This dark gem is the most desired opal in the world. It has a dark body which contains a constellation of extraordinary colors.

The black opal is mined almost exclusively in a region of New South Wales and is considered to be among Australia’s most prized national treasures.

The most precious black opal on the planet is known as the “Royal One,” weighing 306 carats and valued at $3 million.

The precious alexandrite gemstone has an incredible value of $70,000 per carat.

This is because alexandrite is a rare gemstone that actually possesses the ability to change colors.

It was first discovered in 1833 and is found primarily in Russia, though some have also been mined in Tanzania, India, and Sri Lanka. Alexandrite possesses an otherworldly beauty that you have to witness first-hand to truly appreciate.

The largest alexandrite gemstone is housed at the Smithsonian. It measures 65.08 carats and is currently valued at more than $4 million.

Tanzanite is another real beauty that dazzles the eye as well as the imagination.

First discovered in 1967, tanzanite is found only in the northern part of Tanzania, in the foothills of the stunning Mount Kilimanjaro.

This gemstone possesses an unforgettable color. The deep blue-violet instantly takes your breath away, thus the reason why it is widely known as one of the most coveted gemstones anywhere in the world.

While the price stands at a mere $1,200 per carat, don’t make the mistake of letting this fact reflect upon its true value.

After all, there is a limited supply of tanzanite, making it prized among collectors with great taste.

Fluorite is one of the loveliest gemstones in the world that you’ve likely never heard of.

Made of calcium fluoride, this gem contains vibrant colors that result from the effects of its complex lattice structure.

Unlike the other gems contained in this list, fluorite is a mineral that is actually quite common, due to its abundance in vein deposits within rocks where water once flowed at very high temperatures.

It should be noted that the best thing about fluorite is the fact that these gemstones are typically found in shapes of perfect isometric octahedrons, which are actually quite stunning to observe.

Last on this list of valuable gemstones, yet certainly not least, is the blue diamond.

This is actually the most valuable gemstone in the world.

Valued at $3.93 million per carat, nothing else on the planet even comes close. Not only is it gorgeous, but it’s also very rare, resulting in its staggering price.

In 2016, a blue diamond known as “The Oppenheimer Blue” sold at auction for $57.5 million, making this easily the high amount ever paid for a gemstone.

A blue diamond doesn’t come cheap, and yet the beauty of this gemstone is in a class all its own.

They are wonders of nature that add beauty and mystique to anyone who wears them.

If you’ve been considering investing in rare gems, this list of the most valuable gemstones in the world will give you a place to start. But you’d better start saving your money now. 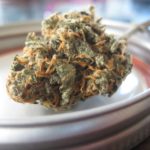 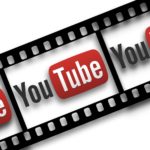