Pot’s more popular than ever before in the States.

In fact, 1 in 5 Americans over 18 years old admit to smoking it. That’s approximately 55 million people around the country lighting up and enjoying what’s good and green.

What’s more, the majority of those people are parents! When Ma and Pa are getting in on the action, you know weed’s gone mainstream.

Looking to set yourself apart and stand out from other smokers?

Thankfully, there are many ways to smoke weed out there. With a bit of experimentation, you can find the perfect method for you. Sound good?

Apple bongs are a classic and creative way to get buzzed.

It’s also a delicious and easy to make fruity take on a classic bong setup! All you need is an apple (obviously), a toothpick and your weed.

Start by removing the stalk from the apple. Next, use the toothpick to make a hole from the top (where the stalk was) to the apple’s center.

From there, you need to fashion a larger hole going from the side of the apple to its center. The idea is to connect the two holes. Imagine a vertical and horizontal ‘tunnel’ meeting at the core.

To smoke, place your weed over the smaller hold on the top of the apple. Light it and inhale through the larger hole at the side.

Got a gas mask to hand?

Good news: you can use it to smoke weed!

Basically, imagine fitting a bong through the respirator and plugging all the gaps. With the gas mask in place, there’s nowhere for the smoke to escape. It’s like a teeny tiny hotbox for your head!

Don’t worry if you’re put off by the idea of dismantling your mask. You can actually purchase these ‘bong-masks’ (our term) pre-made and ready to go.

New smokers might want to give them a miss though. As you might imagine, it’s an intense smoking experience that won’t be for everybody.

Finally, a chance to put your kitchen cutlery to good use!

Get ready to smoke using nothing but butter knives and your stovetop.

A word of caution: exercise extreme caution with this method. Handling red-hot metal (and putting it anywhere near your face!) has the obvious potential to do real damage.

With that disclaimer out of the way, let’s get to it.

Start by turning your stove on and heating up the ends of each knife. You want the metal to burn red-hot. When each knife is ready, (carefully) pick them up and sandwich your bud between them.

Pressing the knives together will cause the weed to burn and emit a concentrated vapor for you to inhale.

Time for something altogether less dangerous.

Vaporizers have risen in popularity in recent years. As the name suggests, these devices wave goodbye to smoke by converting oils and concentrates into vapor instead.

It’s widely accepted that this it’s a far healthier means of getting high.

As you probably know already, that smoke contains toxins and other unhealthy substances; vapor you inhale from a vaporizer contains far lower levels.

Vaporizers come in all shapes and sizes. It’s about finding the right device for you and proceeding accordingly.

Hand pipes are another popular means of smoking weed without papers.

They’re small, discreet, easy to use and convenient all-round. They’re also cheap and cheerful and can be made by hand if you’re feeling creative!

Store-bought pipes function just as well though. Nicely, you can find them in all sorts of decorative colors and designs to match your personality.

Imagine a short, stumpy and straighter version of a classic smoking pipe.

Grind your weed well and place it into the bowl. Next, light it up and inhale from the other end. It’s as easy as that!

Gravity bongs are another cool and classic way to smoke.

There’s no need to get a bong from the shop either! You can easily make a gravity bong out of two empty and uncapped plastic bottles. Ensure one’s bigger than the other.

Take the smaller bottle and cut the bottom off it. Next up, get some tin foil and wrap it around the cap. Then, take a toothpick and poke some holes through the foil.

Time for the big bottle. All you need to do here is cut it in half, set the top half (the part with the cap) aside and fill the bottom section with water.

Take the smaller bottle and partially submerge it in the makeshift water basin you’ve just made. Now, place your weed over the foil ‘bowl’ on the cap and light it.

You’ll notice the bottle begin to fill with smoke. As it does, raise the bottle up (keep it in the water) to create more space.

With a bottle-full of smoke, remove the foil cap to take the hit! As you do, push the bottle back into the water to force the smoke into your mouth.

Time to Enjoy These New Ways to Smoke Weed

There you have it: 6 creative ways to smoke weed!

Tens of millions of people now smoke it. And, with legalization happening around the country, you can expect its popularity to continue to grow.

After a while, though, ordinary methods of getting high can start to get a little boring. With everybody smoking, it’s natural to want to find alternative solutions to get buzzed.

Hopefully, this post has provided a selection of novel methods to try out! As we’ve seen, there’s no shortage of potential ways to blaze. We hope you’ve found inspiration in the aforementioned ideas.

Would you like to read more articles like this? Be sure to search ‘weed’ on the blog now. 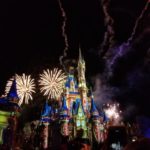 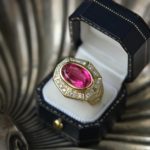