Why is Disney World Parks so successful? Walt Disney himself once said, “Whatever you do, do it well.” That seems to be the secret of their success.

Disney World Park opened on October 1, 1971. On that day each of the 10,000 guests paid $3.50 for a ticket. These days that would barely buy you a regular fountain drink.

The parks have grown and the rides are even more spectacular so you would expect to pay more today. Check out current prices on this website. Given that 70% of visitors return to Disney World Parks, they must feel that it’s a great value trip.

If you’ve ever lost your sunglasses on vacation then you’re not alone. Around 210 sunglasses are handed to the lost and found team in Disney World Parks every day. There are so many distractions in the parks it’s not surprising that you put your glasses down or drop them.

It’s less easy to understand how 6,000 cell phones and 18,000 hats a year are lost and handed in at the lost property office. Spare a thought for the lost and found people. They have to handle the processing of all those lost sunglasses and their owners.

3. The Magic Kingdom Is Upstairs

The first floor of the Magic Kingdom is designed for Disney employees to get from place to place in the Magic Kingdom without being visible to the visitors. This means Mickey and his friends can walk around in costume without spoiling the magic.

It’s not a basement or underground facility because the land is so low in Florida that the engineers built it above sea level. The Magic Kingdom is built on the floor above this even though you would never know. Main Street, USA seems to be on the ground.

4. It’s a Small World Didn’t Debut in a Disney Park

The charming Disney ride, “It’s a small world”, is so evocative of Disney that it’s hard to imagine it not launching at a Disney park. If you’ve ever taken the ride, the song that plays continuously on the ride sticks in your head. It stays with you for hours, days and perhaps even years.

The attraction consists of a simple boat ride. The ride takes you past scenes from around the world with animated little people. Children love the tune that plays and waving at the little characters from each country.

In fact, the ride didn’t debut at Disney. It was part of the New York World’s Fair in 1964-65. Alongside it was another Disney classic, the Carousel of Progress.

5. There Are No Disney Employees

The people who work on Disney World rides and throughout the parks are not employees. At least they’re not called employees. Disney “employees” are called, cast members.

This is part of a whole alternative Disney language that helps create the unique employment culture and guest experience. It’s this attention to detail that makes Disney such a successful global brand.

Visitors to the parks are referred to as “guests”. Park areas that are not accessible to guests are called, “backstage”. When a cast member is in an area of the park where they can be seen by guests they are “on stage”.

Resort housekeeping or maid service is called, “mousekeeping”. The people who design attractions are called “imagineers”, a combination of engineer and imagine.

You might ride on one of the brightly colored Walt Disney World buses between your hotel and a park. It will be one of over 270 buses that keep everybody moving around the Disney World Parks. This makes the fleet of buses the third biggest in Florida.

There are several tall Disney World rides. Cinderella’s Castle is pretty tall as is Space Mountain. Perhaps the tallest ride of all is The Twilight Zone Tower of Terror.

None of these very tall rides is the tallest. The tallest attraction is Disney’s Animal Kingdom. It’s the Expedition Everest themed around the highest mountain in the world.

At almost 200 feet the Expedition Everest towers over the Tower of Terror. It has an impressive extra one foot of height.

As a guest in the Disney World Parks, you can’t fail to be impressed with the beautiful gardens and plants. The landscaping and gardens represent over 10% of the area of the parks.

Three million bedding and annual plants are planted every year. There are also 4 million shrubs as well as roses and trees. All of this is maintained in top condition in temperatures that make the hardiest guest wilt.

One particular tree is center stage in Liberty Square. The “Liberty Oak” has its acorns harvested and over 500 little oaks have been grown from them.

Have a Magical Time

Take a visit to the Disney World Parks and have a magical time. There’s so much to do and learn too. Above all, keep tight hold of your sunglasses.

For creative ways to create recurring customers like Disney, read this. 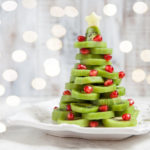 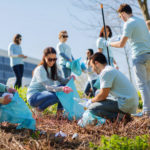