Medical science is an amazing, ever-growing field of study. As time goes on, society becomes more medically advanced, and in turn, can live longer and happier lives.

There have been many great medical discoveries made over the years that have saved countless lives. And while many of them may seem small to us today, they were each an incredible achievement at the time of their discovery.

We’re going to take a look at different medical inventions, how they were invented, and how they worked to shape the world of medicine as we know it.

The first discovery we’re going to talk about is the thermometer. Thermometers are so ingrained in the world of medicine today there is virtually no way we could have the same level of care without them.

But time marches on. The mercury thermometer is slowly becoming obsolete in comparison to the digital thermometer, which is much faster, more accurate, and less dangerous.

Before the invention of the stethoscope, when a doctor wanted to listen to their patient’s heartbeat they would have to lower their ear to their patient’s chest. This was an inefficient, crude way of getting things done that could unknowingly expose the doctor to unnecessary germs.

If a patient had too much fatty tissue on their chest, the doctor couldn’t hear anything at all.

In 1816, René Laennec was examining a patient when he discovered that he couldn’t hear his heartbeat through his chest. So he invented the stethoscope out of a trumpet-shaped tube.

Like many great discoveries, x-rays were an accident. Wilhelm Conrad Rontgen was studying electric currents when he discovered that one of the tubes had a fluorescent effect in a dark room.

The rays that he was studying were invisible, so he didn’t know what the fluorescent rays were called. He gave them the name “x” and thus “x-rays” were born.

The first x-ray ever taken of a human was of Rontgen’s wife’s hand.

From there many other people have been involved in the process of shaping and changing x-rays, using them for medical science, and updating them to the machines we use today.

Over time x-rays have become more stable and sophisticated and the methods for obtaining them have changed. We are more conscious of the effects of long term radiation and know how to minimize the risk so much so that getting x-rays is completely safe.

While most people equate the discovery of antibiotics to the accidental creation of penicillin, antibiotics actually came about in 1907. Alfred Bertheim and Paul Ehrlich created Salvarsan, today known as Arsphenamine.

This medication was used to fight Syphilis and kick-started the antibiotic movement.

The discovery of penicillin was more popular and thus gained more attention.

In today’s society, life without antibiotics would be near impossible.

Glasses are a medical invention that often gets taken for granted. While it’s impossible to trace spectacles back to their creation, we do know that they are centuries old at the very least.

The earliest versions of glasses needed to be held to the eyes each time the wearer needed to use them. Eventually, they were balanced on the nose. And finally, we discovered a way to keep them comfortable anchored to our faces.

It wasn’t until the 1800s, with the popularization of printed media, that glasses were brought to the masses.

In 1926, two Australian scientists named Mark C. Hill and Edgar H. Booth developed the first prototype for a pacemaker. It consisted of two poles, one hooked to a pad that was soaked in a salt solution, and the other hooked to a needle.

Doctors inserted that needle into the heart of a patient, a stillborn baby.

Despite the crude nature of the design, it worked and they managed to bring the baby back to life. It was a remarkable discovery that has saved and shaped many more lives today.

Living life with missing limbs is a challenge that you can’t comprehend until you’re facing it. But with the development of prosthetics, we have managed to make the daily lives of people who are missing limbs a little more manageable.

Without a doubt, prosthetics of the past were made from crude materials. However, today experts make them from light, strong carbon fiber.

The first time a defibrillator was used on a human was as recent as 1947 when a boy went into cardiac arrest during surgery for a congenital chest defect.

The surgeons manually pumped and massaged the boy’s heart for 45 minutes before the defibrillator arrived. Beck used internal paddles on both sides of the heart and managed to return a normal sinus rhythm.

Today, defibrillators can save lives in the important minutes before emergency responders arrive and can be used by laypeople with no experience in the medical field.

A medical advancement that is beginning to become more popular is long-distance doctoring. When patients have small issues or routine checkups, some doctors are willing to do a video conference with them.

This is not only convenient, but it can also save the lives of people who can’t drive in to see the doctor on their own.

There are even devices that the doctor can use to check the vital signs of their patients from a long distance.

Without pharmaceutical wholesale distributors, the life-saving medications of the world would never see the light of day. They are a valuable asset to the medical community.

But with the invention of ordering pharmaceuticals online, patients have the ability to select the best options for them at the best prices without having to leave their homes.

The best thing about science is that it is always marching on, always changing, and always developing. While the inventions we discussed here are amazing, they’re not even close to all of them. And there will be more incredible inventions yet to come.

Maybe one day we might even see the invention of an entirely AI medical professional. Anything can happen.

If you want to stay up to date on all the latest medical inventions, check out this article next. 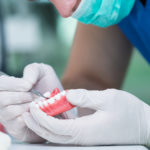 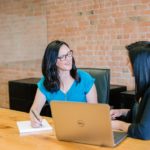