The United States is the only country in the world where there are more guns than people! The Second Amendment is a unique statute in US Federal Law that recognizes citizens’ rights to keep and bear arms to defend themselves against all kinds of threats. However, when there are gun owners of every shape and size, everyone in the market needs a gun that works for them.

Some gun manufacturers are making “large pistols” that seem more like short rifles, so what’s the difference? We’re going to break down the short barrel rifle vs pistol debate right here, keep reading to find out more.

The first fundamental distinguishing feature between a short barrel rifle and a pistol is all about how you’re meant to shoot it. Rifles are defined as being designed to fire from the shoulder, whereas pistols are meant to be fired from one hand.

Because you’re meant to fire short barrel rifles “from the shoulder”, the easiest legal identifier revolves around barrel length and the total length of the weapon. SBRs have barrels shorter than 16 inches in length and are shorter than 26 inches if measured from the tip of the barrel to the end of the stock. Detachable muzzle devices don’t count in this measurement.

Pistols, on the other hand, don’t have a set legal limit on barrel length. For example, the YouTuber behind Demolition Ranch has a revolver with a 26-inch barrel featured on his page. Although if you’re going to use a pistol braced in the shouldered position, the ATF has stated that the gun’s barrel can’t exceed 16 inches.

Where the ATF really polices these policies is around the various modifications for the guns. The main differences are that a short barrel rifle has a rifle stock and can legally accommodate a vertical foregrip. For a longer pistol not to count as an SBR, it can’t have those attachments.

You are, however, allowed to attach angled grips in front and pistol braces in the back. There are even ways you are legally allowed to shoulder a pistol brace for firing.

Basically, having a brace and an angled grip on a short weapon makes it a pistol, whereas a rifle stock and a vertical grip make it a rifle.

If you’re using a weapon like the AR pistol, then you have the benefit of a compact weapon that fires powerful rifle ammo but counts as a pistol. As more gun manufacturers go in this direction, you may see more short weapons sporting larger calibers.

Adding a Kick EEZ recoil pad to your brace can help you cope with more powerful ammunition in the cases where you may shoulder the gun awkwardly due to its smaller size.

Benefits of a Pistol

The AR pistol and guns like it are some of the best pistol designs to come out in recent years. These are legal alternatives for folks who like to exercise their 2nd amendment rights with smaller rifles but can’t pay for the $200 tax stamp or who regularly cross state borders.

The cleaning, ammunition, and most parts of the short barrel rifle guide and the AR pistol guide are also the same. The only functional differences are the brace vs stock and the angled vs vertical foregrips.

If you liked our short barrel rifle vs pistol comparison, we’ve also got a great guide to finding the right tactical gear for you. Go check that out and other informative articles today. 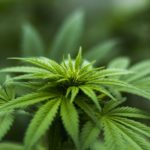 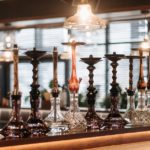