If you’ve ever played the popular game Dungeons and Dragons (also known as D&D), you’ll know how frustrating bad dice rolls can be. You’re all set up to leap from one building to another, landing cat-like behind your enemy and felling them where they stand. And then you roll a 1, and instead, you find yourself tripping face-first off the building and into the garbage heap waiting below.

But when you roll a natural 20 at the right moment, there is no sweeter feeling of triumph. So how do you go about making those epic moments happen more often? Below we have some tips for how to roll dice better.

Start with the Face You Want on Top

When you’re pulling out your d20, do you always make sure the 20 is on top before you roll? It turns out that may not be superstition; there’s some evidence that starting with the number you want on top can help give you the roll you need. But how is this possible if dice rolling is supposed to be random?

Use a Low-Friction Table

So since higher friction means dice bounce more, it would seem like you would want a high-friction table, something like the felt tables you see in casinos. But remember, we’re also using the strategy that puts the face you want on top. You want to ensure fewer bounces, so use a low-friction table when you can (and don’t tell your DM why you’ve started insisting that all your games take place on an air hockey table).

The way dice roll has to do with the way they’re manufactured. When the plastic gets poured into molds, it may settle a little differently, or air bubbles may form in the plastic. Likewise, when the dice are polished, small imperfections may show up that makes the die more likely to fall on one side than another.

Try to buy high-quality dice – read more here to find some good examples. These are made with more care and often have sharper edges to ensure uniformity in rolling. Also, for what it’s worth, translucent dice tend to roll better than opaque ones since manufacturers can see imperfections in them and quality control for that.

If you’ve been around D&D for a while, you’ve met that player who always seems to roll more 20s than anyone else. We despise and envy them in equal measure and make jokes behind their back that they must spend time practicing. And while we can’t say for sure that they do, the practice may not hurt.

As we mentioned before, the way dice fall has to do with the initial factors that set them in motion. And while no amount of practice will allow you to airbend your way to rolling more 20s, you may be able to find a rhythm that works well. Spending more time rolling dice can give you a sense of how hard you need to throw your die to come up with the number you want.

Use a Dice Jail

We all have that one (or three) d20 that we just know exists only to roll 1s at the most inopportune time. We hate that dice and avoid it in favor of nicer, more benevolent dice. Well, it turns out that isn’t superstition either; there really are some dice that roll better than others.

Having a dice jail on hand can be a helpful way to sequester dice that roll poorly. This serves two functions: first of all, it helps you remember not to roll that die. Second, it forces the die to confront what it has done, and it shames it in front of its fellow d20s, an important factor in enforcing good dice behavior.

If all else fails, one way to ensure that you get better rolls is to cheat. You can buy loaded d20s online that only roll 20s (or similarly high numbers) every time. You can also buy d20s that have 20 printed on every single face for those nights when nothing is going right and, dammit, you just need a win.

You can also DIY a weighted dice if you’re willing to sacrifice your microwave to the cause. Put your die in the microwave with the 20 face up, and nuke it for about four seconds. You want to make the plastic melt down to the bottom just a little – enough to weight the dice, but not enough to show the tampering.

Sacrifice to an Ancient God

And, as all good D&D players know, your final option, in any case, is to offer a sacrifice to some sort of ancient god. Of course, the gods do control the way the dice fall, and as anyone who has ever rolled a 1 right when you’re about to strike the killing blow on an enemy knows, they have a sense of humor. It’s best to keep them appeased when possible.

You don’t have to choose a god from the D&D pantheon to sacrifice to, but let’s be honest. The D&D pantheon comprises more ancient gods than you’re likely to be familiar with, so you might as well use one of those. Grab your party’s warlock and your misbehaving die, and go get some better rolls.

Learn How to Roll Dice Better

There’s nothing more frustrating than a natural 1 and nothing better than a natural 20 when it comes to D&D. It may take some practice (and a few burnt offerings), but you can learn how to roll dice better. And if you find the god responsible for rolling natural 1s that result in TPKs, please let us know – we have several bones to pick.

If you’d like to find more awesome articles like this one, check out the rest of our site at Curiosity Human. We have articles about everything from marijuana legalization in Canada to the benefits of crate training your dog. Check out our collection of articles about hobbies today. 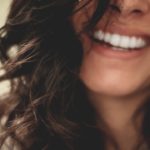 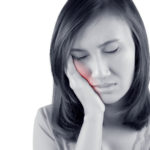