Since entering the market, vaping has been presented as a cessation tool for cigarette smokers. Over recent years, more and more people have ditched cigarettes for the vape. But what are the facts when it comes to vaping vs smoking?

The guide will break down the differences between the two and look at the pros and cons of using a vape to quit smoking.

Vaping vs Smoking: The Differences

So what is vaping? Put simply, a vape is a device that allows you to inhale and exhale vapor. That vapor is produced by heating a liquid in the vape. The liquid can come in a variety of flavors strengths.

Most vape liquids will contain a set amount of nicotine. This is how you use vaping to quit smoking–you’re still getting the nicotine you’re craving, but you’re inhaling a light vapor instead of thick smoke.

Vape liquids, like the ones sold at granitevapor.com, will come with varying degrees of nicotine strength.

How to Quit Smoking Using a Vape

The first thing you need to do when working out how to quit smoking is to assess how many cigarettes you would typically smoke in a day. This is what helps you figure out your dose.

Vape liquids will have a nicotine percentage on the bottle. This denotes how much of the liquid in the bottle is pure nicotine. It can range anywhere from 0.6-1.8%.

The idea is to gradually wean yourself off the higher strength stuff to reduce your body’s nicotine levels slowly. Your body will crave a certain amount of nicotine and nothing else to satisfying that craving. This is why you have to reduce that amount gradually.

With a vape, you’re not running the risk of inhaling any of these.

There’s also the bonus of vaping tasting better. If you’re sick of the taste of cigarettes but still need the nicotine for now, then vaping is a perfect option for you, as you can pick from almost any flavor imaginable.

There are some downsides to vaping. Primary of which is that more research needs to be done to understand its effects fully.

There’s no doubt that it’s better for you than cigarettes, but the CDC and other government agencies are hesitant to declare vaping “healthy.” It’s important to make this distinction because vaping is all about harm reduction rather than branding vaping as healthy.

Quitting Smoking Is the Most Important Thing

When it comes to vaping vs smoking, it’s all about context. Is vaping bad for you? It can be, yes. Is it better for you than smoking? Absolutely it is. Your primary concern should be finding a way to quit smoking that works for you and then going from there.

If you liked this article, be sure to check out more of our vaping content today. 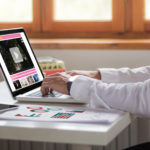 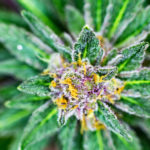