The software development industry may grow by 22% in less than ten years! With such a demand, it’s helpful to know what computer programming can get used for these days.

If you’ve heard of Python, you’re probably wondering more about it. Python is a popular computer programming language. It gets used for all kinds of software development and web design.

Keep reading to learn everything you need to know about this programming language!

What Is Computer Programming?

One of the beauties of Python is that it can function as a high-level software language or get applied for general purposes. When it comes to computer programming, many coders report that Python is one of the simplest to learn. That makes it attractive for people who want to delve into web design.

You can use different frameworks to power your website with Python. Social media platforms use Python as their primary programming language because it’s versatile. It can get used across many platforms, so it’s a portable language.

Python can send data to and from servers. It also processes data and ensures security with URL routing. It gets used for complex web development because of its flexible nature.

Many different applications use Python. Since the syntax is so simple, other computer programming languages have become like Python. They’ve made their languages easy to learn and use.

It has gotten called a gateway language by coders. Some say they find it easy to learn other languages after mastering Python. It helps develop more coding skills.

In software development, this computer programming language can get used in testing sections of code. It’s also useful for bug tracking and building controls.

Data visualization is a growing area of Python’s software development. Since it’s an open-source language, it’s attractive to companies looking at data. Data drives everything a business does.

Businesses want models that are easy to understand at first glance. Python can produce meaningful visuals using raw data. Data science can get overwhelming to business owners because of the high volume.

Without a computer programming language, a scientist would have to work countless hours. That would take far too long and be an inefficient process for the business. Python can get used for predictive analysis to see what data might look like at a future time.

Part of software development is machine learning. That is where an algorithm trains a system to learn on its own based on input data. These systems generate output based on various data sets.

Python is a computer programming language that gets used for automating tasks. Some operating systems use it for basic utility scripts. They may get embedded into the computer systems and run in the background.

When it comes to repetitive tasks, you don’t want to have to type in the same commands over and over. That would waste time and effort. Python can use a set of manual instructions to then automate them from there.

That will make website applications and operating systems run faster. It will also reduce human errors when coding.

In business, Python can automate emails, perform calculations, and fill out files. For that reason, many companies hire a Python developer to make processes simple.

Mundane tasks like copying and pasting between documents can get done through Python. For web development, you can automate data scraping and save it to the hard drive. You can convert many text files into spreadsheets that look clean and organized.

Computer programming with Python makes creating a GUI (Graphical User Interface) simple. For a proper web design, you want a successful GUI. Using Python, you can create buttons, dropdown boxes, and other items a user will need.

As the digital economy grows, more people use website applications. Companies need a web design that lets users navigate their site and find what they need. Python has the tools that make that possible.

Customers want erase of use. They don’t need to feel overwhelmed by a confusing web design.

Business applications depend on Python for their software development. Python’s tools can perform complex accounting and keep up with vast inventories.

Financial institutions use Python because it can process data with ease. It also has libraries that perform financial analysis. These remove the manual processes.

Ease of Programming With Python

Python is a popular computer programming language used by many software developers today. It follows an organized pattern and structure. That makes it appealing to many in the industry.

Python can get used for all sorts of computer projects. It is an all-around dependable language. You can start learning software development with Python and learn more coding if you like it.

Computer programming can get extensive. Simple languages like Python make it easy for beginners! Check out our other articles for more technology tips and information. 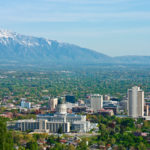 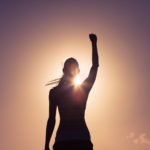