Parenting is hard. Parenting as a couple is hard, and parenting alone is hard. You could have all the resources and access to services in the world and parenting would still, you guessed it, be hard.

One of the reasons it’s so challenging is because there are no (okay, very few) black and white answers. Even the people that spend their lives studying the development of children and the impact of the family don’t have one cohesive set of guidelines you should live by.

But there are some tips for single moms, dads, and everyone alone and in between that can help you on your journey. Read more below.

First and foremost, parenting is about your kids, right? Most of the time yes. But if you’re miserable as a human, your kids are going to be rather miserable as well.

As proof, let’s look at studies from back when women started working out of the house. People were concerned that not being a stay at home mother would have a negative effect on the children.

And guess what they found out? There was only a negative effect on the children if the mother didn’t do what she wanted to do. Like if she forced herself to stay home when she really wanted to go back to work (and vice versa).

If you want to work full time, you absolutely can (and should). Most of us have to support a family on one income. But it’s good to know that having a fulfilling work life doesn’t mean you’ll be any less of a great parent to your kids.

And that goes for single dads, too, obviously. Or single grandparents/grown siblings raising children that aren’t their own.

2. Examine Your Own Habits

When children are born, their brains are essentially playdoh. Not in texture, but in how easily they’re shaped. And this shaping isn’t just when you teach them the ABC’s or what kind of toys you get for them.

Kids learn from every single thing you do. It’s a biological fact—rooted in the idea of mirror neurons. Mirror neurons are a type of brain cell that fire as if the person was doing something themselves, even when they’re just watching it happen.

Your child sees you get frustrated and say “I’m so dumb!” when you fail at something. Not only will the child (momentarily) feel like they’ve failed, but now that’s how they’ll respond to failure.

Thankfully, these reactions build over a lifetime. If you get mad at yourself one time out of twenty times, your child will react as you did the other (and more controlled) 19 times.

Authoritative parenting means you don’t set boundaries and punishments just to set them. There’s a reason behind how you parent/react, and you’re willing to tell your child what that reason is.

But it’s more common to see permissive parenting with single parents. Your child is precious to you and might be all you have. You want them to like you, right? So you’re not strict, and you let them get away with murder.

That’s worse for them in the long run and doesn’t set up a culture of (loving) respect. View more information on how to actually live out that dynamic.

No matter who you are and what the family dynamic is, it’s important to remember the tips above. Make yourself someone you like, and your child will mirror that.

Realize that your child will sometimes not like you, but that doesn’t mean they don’t love you. 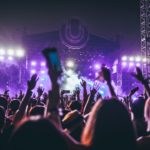 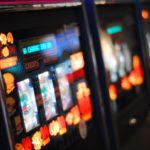