Few business owners like to think about insurance. After all, insurance is what you call on when the worst-case scenario happens. A fire burns down a building, an accident totals a car, or a thief steals your most prized possession.

No one wants to think about those instances! We don’t blame you if insurance isn’t your favorite topic, but it’s still something that you need to address sooner than later. If you don’t think about insurance now, then you’ll be kicking yourself when the worst-case scenario does happen and now you’re thinking about the cost of computer replacement rather than insurance.

In this article, we’ll offer you a brief guide to computer insurance and how much it is going to cost you.

Think about how much your computers cost. Chances are if you run a business that’s ahead of the curve in the 21st century’s digital age, then your technology expenditures are no small sum. In fact, many businesses say that computers and other technological equipment they assign to employees to be one of their most significant costs whenever they onboard a new employee.

You want to protect this significant investment that you’ve made into your employees and into your business. And when you compare the cost of computer insurance to the cost of replacing your entire systems, opting for the insurance is a definite no-brainer.

Many things can happen that will put your technology out of commission. Someone could steal it, a power surge could fry the internals, or an employee could leave one outside somehow and have it damaged by the rain. Different times of commercial liability insurance policies will cover these various scenarios.

Your Guide to the Cost of Computer Insurance

As with any insurance plan, the cost of computer insurance has one major determining factor: the amount of coverage you seek. Depending on whether you’d like to protect yourself against the average coffee spill or something a little more unique, you’ll pay accordingly.

As a general rule, you can pay as little as a dollar or two per computer per month, all the way up to tens of dollars per computer. All of that depends once again on the type of insurance you buy and the worth of the computers that you own.

One way to save on your computer insurance is to purchase it from the same provider that you have general liability insurance with. By bundling your coverages, you can qualify for bulk discounting and special prices.

Now that you have a fundamental understanding of the cost of computer insurance, it’s time for you to pick whichever insurance policy is right for you. Make sure you get a move-on ASAP — it’s always better to be covered sooner rather than later!

For more business advice, check out the rest of the articles on our website! 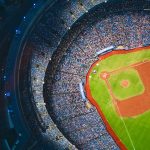