One of the most exciting religious festivals celebrated in the world today, Diwali is the Hindu celebration of lights. In this article, you’ll learn seven interesting Diwali facts about how and why Diwali is celebrated in India.

Most people falsely assume that Diwali is only celebrated by the Hindu people of India. However, that is an incorrect assumption. Diwali is celebrated not only by Hindus, but also by Sikhs and Jains.

This shows you just how much of a cross-cultural celebration Diwali is. No matter what religion you follow or what belief system you claim, there’s something about Diwali for you to celebrate as well!

The ultimate reason for the celebration of Diwali is the honoring of a Hindu goddess named Lakshmi. The goddess Lakshmi is the Hindus goddess of wealth. She is the one believed to be responsible for all of the blessings of wealth that people experience.

By celebrating her deity, people hope to bring blessings of wealth upon themselves, their household, and their friends.

One of the basic tenets of Diwali is a gift exchange. Neighbors sit down with neighbors, friends with friends, and family with family to host a gift exchange. Although the gifts exchanged during Diwali are not typically the high-value gifts that might be common during Christmastime, it’s very much apparent that it’s the thought that counts rather than the value of the gift.

If you’ve been around a home that celebrates Diwali around the time of the festival, then you probably have seen some kind of drawings present on the door or right outside the house. These drawings represent invitations of blessings into the household.

By creating these drawings, the household hopes to honor Lakshmi with the goal that she will bestow her favor upon them. Creating these Rangoli drawings is a fun family activity.

The biggest Diwali festival that occurs outside of India occurs in England, in Leicester. Leicester outdoes the rest of the world as it has a massive Indian population, but also a heavy percentage of England natives that also celebrate the festival! Leicester and this article are living proof of the fact that you don’t need to be an Indian to celebrate one of the coolest festivals around!

Over 800 million people celebrate Diwali every year! India is an extremely populous country, and thus any festival that it celebrates boasts these numbers of attendance.

Diwali isn’t a single day of celebration like Christmas or Thanksgiving may be. Instead, the festival goes on for a whole five days. This means national holidays, nonstop fireworks, and fun with friends and family for almost a week!

Diwali Facts You Need to Know!

These seven interesting Diwali facts will bring a little culture into your life! The next time Diwali rolls around, get some friends together and spend some time celebrating the festival of lights!

To learn more about festivals celebrated around the world, make sure you check out the rest of the articles on the website! 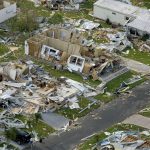 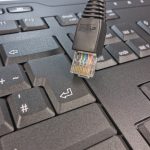