Previous Next
photo of an old movie projector

Are you looking to get motivated through cinema? If so, you’re reading the correct article. Here are 10 motivational movies that will change your life.

A film about a man who is falsely imprisoned for the murder of his wife, The Shawshank Redemption is a tale of friendship, hope, and perseverance. Starring Tim Robbins and Morgan Freeman, it was directed by Frank Darabont and released in 1994.

Ticking in at 2 hours and 22 minutes, this movie is fairly long but well worth the watch. Sitting at #1 on IMDB’s user-rated list of “Top Rated Movies”, it’s a film unlike any other ever made.

In short, it’s one of the best inspirational movies of all time.

Released in 1976, the first Rocky movie is about as motivational as movies come. Focusing on the life of Rocky Balboa, a struggling semi-pro boxer who gets a shot at the heavyweight belt, it’s one of the greatest against-all-odds movies ever made.

Starring Sylvester Stallone and directed by John G. Avildsen, it’s filled with iconic scenes, iconic quotes, and iconic characters. Don’t lump this Rocky movie in with the over-the-top sequels of the ’80s. This is one of the most inspirational movies of all time.

You can usually catch it on TV every once in a while. Make sure to have your antenna installation guy swing by so that you don’t miss it.

Released in 1993, Rudy is the tale of an extremely undersized walk-on football player at the University of Notre Dame. Based on a true story, it details the main character’s ascent from would-be steel mill worker to Fighting Irish student and practice squad player.

If you’ve ever felt like the odd man out, or like the David to someone else’s Goliath, you’ll love Rudy. It’s a story of working hard and never giving up on your dreams.

Starring Sean Astin, this movie was directed by David Anspaugh.

Set in 13th century Scotland, Braveheart is arguably the most inspiring war movie of all time. Focusing in on Scotsman William Wallace and his revolt against the English, it is quite literally an epic film.

Characterized by highly memorable scenes and a handful of iconic lines, it’s a story of giving everything you have for something that you believe in. Released in 1994, it stars and was directed by Mel Gibson.

Arguably Tim Burton’s most beloved movie, Big Fish follows the fantastical and exaggerated life of Edward Bloom, an eccentric man who claims to have lived some of the most unique experiences and met some of the strangest people in human history.

A quirky, funny, and heartwarming movie, it seeks to remind us all that life doesn’t always need to be that serious. Starring Ewan McGregor, Big Fish was released in 2003.

Before Matt Damon was Jason Bourne, and before Ben Affleck had been turned into tabloid cannon fodder, both actors had written and starred in the 1997 classic, Good Will Hunting. A film about an orphaned mathematical genius with a troubling past and present, its storyline is about as original as you’ll ever find in a Hollywood movie.

Filled with tons of legendary quotes, scenes, and characters, every scene is a must-watch. This movie is funny, sad, happy, frustrating, and everything in between. It truly hits on all cylinders.

Directed by Gus Van Sant, and also starring Robin Williams, it focuses on friendship, overcoming fears, and making reconciliation with the past. All told, it’s one of the most inspirational movies of all time.

A film that’s great for both kids and adults alike is the 2009 animated film Up. Directed by Pete Docter and starring Ed Asner, this film follows the life of the curmudgeonly Carl Fredricksen.

A widower who is being threatened with a stay in a retirement home, Carl decides to realize his lifelong dream by going to Paradise Falls. How does he plan on getting there? By tying a bunch of balloons to his home and flying there, of course.

Funny, sentimental, and heartwarming, Up is sure to bring some inspiration to all who watch it.

Cameron Crowe’s masterpiece, Almost Famous, was released in the year 2000. Revolving around a 16-year old senior in high school (named William) who is subject to the whims of his control freak mother, this is not only a highly motivational movie but arguably the greatest rock n’ roll movie of all time.

In the film, young, but hopeful rock writer William goes on the road with fictional 70s rock band Stillwater, doing everything in his power to secure the interviews that he needs to write his story. Throughout the movie, William grows up, transforming from a nerdy, sheltered outcast to a cool and world-weary adult.

Backed by a killer soundtrack and supported by a great cast, it’s almost sure to motivate you in one way or another.

Released in the year 2000, Remember the Titans is a story about a 1970s high school football team that forms after the desegregation of high schools in Virginia. Based on a true story, it tracks the trials and travails of the team as they try to come to terms with the racial persecution that surrounds them.

Starring Denzel Washington, and directed by Boaz Yakin, it has everything that you could ever want in a football movie, including perseverance, teamwork, and friendship.

The 2008 film, The Wrestler, follows the life of fictional former superstar wrestler, Randy “The Ram” Robinson as he tries to stay afloat financially, make amends with his estranged daughter, and battle chronic health problems.

A deeply personal and motivational movie, it focuses on the ideas of redemption, perseverance, and picking yourself back up even when you feel like you don’t have anything left. Starring Mickey Rourke, and directed by Darren Aronofsky, it’s got the potential to change lives.

Have you already seen these movies? Are they just not quenching your proverbial thirst? Looking for more motivational movies to take in?

If so, you can find them right here at Curiosity Human. Our site is filled with information on movies, and will almost certainly help you find one that you enjoy.

Peruse our other movie articles now! 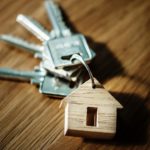 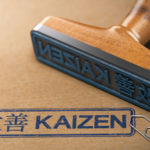