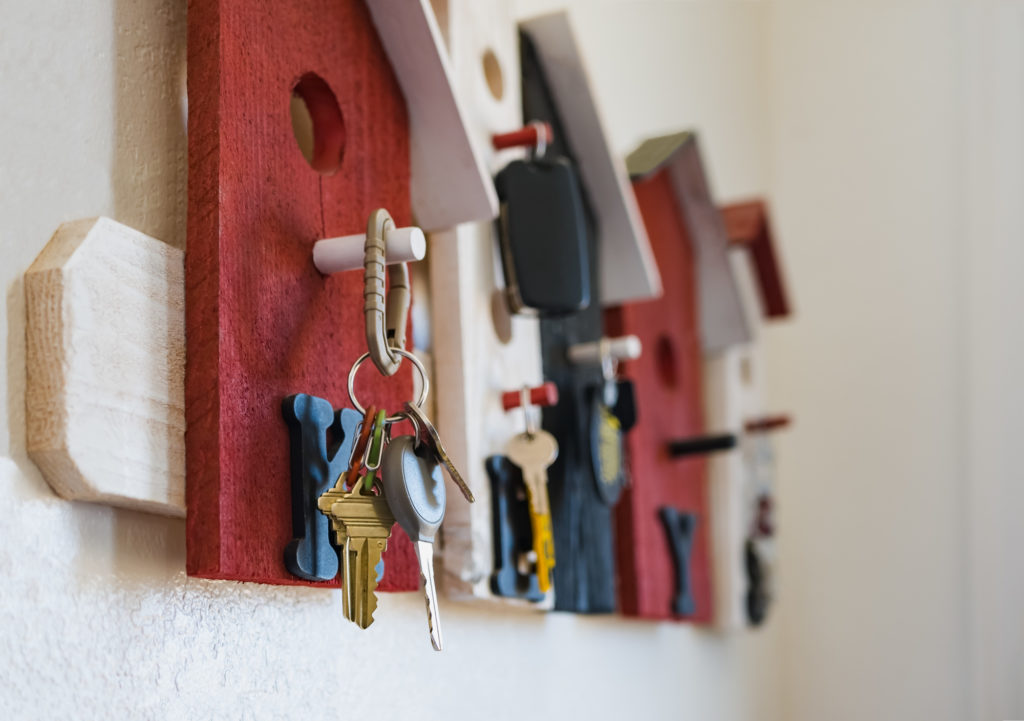 What do you think is the worlds most commonly lost item? A study in 2016 put keys at the top of the list!

Yes, we’ve all been there. Losing keys seems to be an unavoidable circumstance. And when we do find them, we seem to have a gigantic bunch, half of which we don’t know what they are for!

But, don’t worry. There are several simple ways to keep them from being misplaced. We’ve compiled a list of some of the best tips and tricks to organize keys.

So, what are you waiting for? Let’s get started!

Before you start looking for ways to organize keys, get rid of anything you don’t need. Segregate your keys by function. For instance, work, travel, and home.

When choosing a key organizer, work with, not against your habits. For example, if you always leave your keys next to the door, create a key rack next to your door. Because a super cool key organizer won’t work if you don’t use it!

And whatever you do, don’t be afraid to have some fun! Yes, you want to create a practical solution, but you can add a little bit of flair too.

Read on for 13 of our favorite creative ways of organizing keys both in the home and when you’re on the road.

The most common solution for losing your keys is to have a designated area to keep them. A wall key holder works really well in keeping your keys all in one place.

You can buy a variety of designs from several stores. Most of them have numerous hooks inside so that more than one person can hang up their keys.

To be even more organized, you could give each set of keys its own labeled area. Then there will be no confusion as to what goes where. This is the best way to organize keys if you have a big family or are living with several messy roommates.

If the classic box-like key holder is a bit boring for you, why not spice it up a bit? You could repurpose an old drawer to create a vintage looking storage station. It’ll not only keep you organized, but it’ll also be a cool focal point.

If you don’t like using hooks for some reason, why not use the force? No, we’re not talking Star Wars! Why not use magnets when organizing keys?

Just make sure the magnet is strong enough to hold your huge bunch of keys (if you insist on keeping so many on one keychain!)

3. Here, There and Everywhere

Whether you use hooks or magnets, you don’t necessarily need to keep them in a purpose-built wall cupboard. You could add hooks or magnets wherever its convenient for you.

For instance, add them to the side of your kitchen cabinet, onto the wall near your door, in your bookshelf, or on the side of your coffee table. If you want to make a feature of it, why not add hooks to a wooden picture frame?

Or if you don’t want your keys hanging out in the open, for safety reasons, put them behind closed doors. Choose a sneaky spot where nobody would suspect.

Wherever you hang them, make sure they are out of reach of children and thieves that can slide their arms through your letterbox.

However, organizing keys is not just an issue at home. You can lose your keys wherever you go. So, the question remains, how to carry keys when you’re out and about?

Instead of keeping your keys as a separate item, why not combine them with other useful tools? A Swiss army knife has long been used for carrying keys. But gone are the days of cutting off the tops and stuffing them inside DIY style, they now cater for keys.

One of our favorites for organizing keys is the edc keychain. This nifty tool combines a swiss army knife with lost and found technology. It not only keeps your existing keys in one place but also can also carry a USB Flash Drive, has a torch, a locator, a knife and several other inserts available.

If you don’t need all the extra tools that a swiss army knife has to offer, there are several other options.

For instance, you can buy simple systems that organize your keys into a box. They come in all different shapes and sizes, but the principle is that the keys go in the box and fold out easily when you need them.

Although this box system doesn’t cut down on the size so much, it does stop your keys jangling around.

If you really can’t cut down the bulk of your keys anymore, a simple, DIY way for organizing keys is to just chop off the tops completely!

It might seem a bit extreme, but it does the job. Cut off the tops, then clip them together with a nut and bolt, or something similar. This simple step can cut down the bulk of your keys drastically!

And it’s cheap too!

If you’re always misplacing your keys, at home, at work or wherever you go, a cool idea is to attach them to your bag or purse. You can easily clip your keys on by using a lanyard.

After you get used to attaching them to the lanyard, you’ll never lose them. It’ll also help you from digging around in your seemingly bottomless purse to find them, as you’ll be able to pull them out easily by using the lanyard!

A great way for organizing keys is to label your them. This is especially helpful if you are responsible for a bunch of keys. Instead of fumbling around trying to find which key goes where save time and energy by having them organized beforehand.

You can buy rubber keycaps that stretch over just about any key size and shape. Depending on your needs, you could use color to organize them into categories or organize them by adding written labels.

If you’re just trying to take down some bulk from your large bunch of keys, but you’re not overly bothered about style, use a practical zip tie.

Yes, it might not be as fancy as a cool swiss army knife. But by just removing excess keychains and rings you can cut down on the volume.

If the zip tie wasn’t cool enough for you, how about something that’ll fit in with your sleek fashionable lifestyle? Leather always looks stylish, and there are many key holders that are designed in leather.

You can buy leather key holders that are like a large keychain that hold the keys inside. Some can hold up to 5 or more keys within. When you need a key, it can be flipped out easily, which makes them both functional, and classy.

The reason we liked the swiss army knife so much is that it combines several useful tools into one item. The same goes for a classy wallet and key organizer.

You can buy slim wallets that have a designated area for keys. Some are designed to carry credit cards, cash, keys, USB drive and more handy items. Don’t you just love things that are both functional and stylish?

If you keep losing your keys, it’s time to catch up with this technical age. The best way to organize keys and keep them from being lost is to use technology to find them.

You can buy key finders that can locate your keys from all over your home. You can also buy Bluetooth trackers that you can attach to your keys (or other items) to keep track of them. Many key finder systems include several receivers so that each member in your family can have one if needed.

If you’re wondering how to organize keys cheaply and quickly, it might just take a bit of DIY.

For instance, try coding your keys with washi tape or nail polish. Use different colors or designs to differentiate between keys. Or create your own stylish keychain by spray painting some old animal figurines and attaching them to a keyring.

To be honest, there is no end of DIY ideas that you could try when organizing keys!

A Bunch of Ways to Organize Keys

As you can see, there are a bunch of ways to organize keys. If you implement some of these ideas, you’ll never have to dig through your bag, pockets, your kid’s toy box, or even the refrigerator ever again!

For more interesting lifestyle tips for the curious mind, make sure to take a look at our blog! 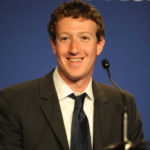 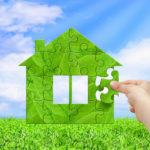