Countries around the world install nearly 100 gigawatts of solar PV energy every year. As a renewable, low-impact green technology, solar stands to play a key role in the energy strategy of the future. Yet it’s still often misunderstood, partly thanks to attacks from other energy producers.

Below, we’re updating you with 5 interesting facts about solar energy.

1. It Works When It’s Not Sunny

One of the biggest, most misunderstood solar facts is that it’s practical for countries with inclement or unpredictable weather. Detractors of solar energy like to make out that it doesn’t work for any community with clouds and rain.

The truth is that solar energy may experience dips in efficiency during cloudy weather, but it still provides a net gain of power. Solar panels also perform better at cooler temperatures.

Solar power is the most abundant energy on Earth. Hardly surprising, when you consider that everything on Earth depends on the sun’s light and warmth to function.

This abundance is what makes solar so practical. We can tap into solar power from almost anywhere on the planet. That gives solar an edge of other renewable energies. Renewables like wind and geothermal energy depend heavily on the right local factors.

And no, we won’t use up the sun. The energy from the sun’s light absorbed by solar panels will still become heat and power, and the sun provides a constant source of new energy. We won’t see the sun shrink in the sky because we’ve turned to solar power.

Solar panels have no moving parts. While a yearly clean is the recommended amount, even rainwater can keep them free of debris. Solar panels often outlive their predicted lifespan by a considerable amount.

For some reason, many people have the idea that solar power is loud. They expect a loud buzzing or humming to come from solar panels. Perhaps that’s our expectation after exposure to generators, power lines, and other electrical devices.

But solar panels are actually quiet. They may hum at close range, but this sound isn’t audible through walls or even just at a distance.

Portability isn’t the first thing that leaps to mind about solar energy. We tend to think of it as large, fixed panels.

We hope you’ve enjoyed these interesting facts about solar energy and learned something new along the way. Solar power will continue to feature in headlines for years to come, so it pays to stay informed.

Still curious about technology? Check out our technology section here. 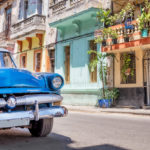 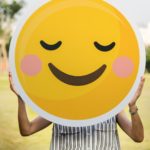