You may also be curious about how legalizing marijuana changes other laws in your state.

We’ll take a look at how marijuana is changing the face of the nation – one state at a time.

It’s important to understand that each state has its own set of rules in place regarding marijuana.

Obviously, in states that prohibit it, the rules are pretty clear cut.

Meanwhile, any state that has legalized recreational marijuana has already legalized medical marijuana. However, state laws vary quite a bit in those cases as well.

2. No Consuming in Public

Some people think that the legalization of marijuana means people can stand out on the street and smoke or vape just as they would a cigarette.

That’s not the case.

One thing that is consistent among state laws is the prohibition of consuming marijuana in public. Just as you wouldn’t guzzle a pint of whiskey in a public park or government building, you can’t use marijuana in any place where you might be observed by others.

This includes consuming it in your car.

Law enforcement continues to work on methods to prove the measure of impairment of a driver. In the meantime, they’re able to fine drivers for driving while impaired based on driving infractions or a field sobriety test.

One big change in the law in states that have legalized recreational marijuana is decriminalization.

Since marijuana is now completely legal in those states, police can no longer arrest those using or in possession of marijuana. They can only issue citations that carry minimal fines and don’t result in a criminal record.

Furthermore, people with a current record for marijuana possession are getting these charges expunged from their records.

Meanwhile, every person is required to show a state I.D. to get into and make a purchase of recreational marijuana at a cannabis dispensary.

Finally, anyone under the age of 21 may not enter a dispensary.

5. You Can Still Get Fired/Evicted

Private property owners are permitted to ban pot consumption if they so choose.

That means if you work at a company with a zero-tolerance policy, or live in an apartment where the landlord is spooked by marijuana, they can fire or evict you for any transgression.

What Is the Legality of Marijuana Where You Live?

It can be confusing to determine the legality of what you can and can’t do when it comes to marijuana.

Maintaining awareness and using common sense should keep you out of trouble though.

Curious about other up-to-date information? Keep checking back with us! 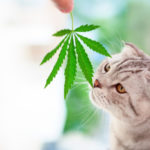 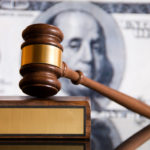