According to science, the myth that it only takes 21 days to break a habit is actually false. Researchers found that the time it takes to break bad habits can vary from 18 to 254 days!

Curious humans are, well, curious. We like to experiment with our minds and bodies to see how far we can go. This is often why it’s hard to kick a bad habit when we have one.

If you’ve allowed a bad habit to creep back into your life, or find yourself in the group of people who take 254 days to get over an existing one, don’t worry. Here’s how to break the cycle for good.

The first step in learning how to break a habit is doing a little self-assessment. Why are you indulging in this habit and when do you tend to do it?

Experts note that there’s usually a reason behind bad habits, whether it be stress, boredom, or even happiness.

Do you reward yourself for a job well done at work every afternoon by drinking a beer at 5 pm every night? Do you smoke a cigarette only when you’re stressed or have to complete a certain task?

Whatever the reason may be, it’s important to figure out where this bad habit comes from. This will help you avoid putting yourself in situations where you’re tempted to indulge.

While you might not be able to avoid people or situations entirely, if you know that they trigger a bad habit, then you’ll at least be aware. Then, you’ll be more prepared next time you have to engage with those people or certain environments.

This period of self-reflection might also help reveal any other bad habits that you need to work on in the meantime.

So, the science behind breaking bad habits actually lies in developing new habits. You’re not really “breaking” yourself of anything so much as you are putting a new routine in place.

The old habit, or pattern really, is still there. It’s a pattern of neuron responses in the brain if we’re getting technical. However, it’s less dominant over time.

The more that you establish a new habit, the easier it is to let go of the old, destructive one.

This means that, before quitting something cold turkey, ensure you have something else to replace it. Be smart about this, though! You’ll want to replace it with positive, healthy behavior that can help you grow as a person.

Replace Bad Habits with Good Ones

Working off of the “new habit” theory above, then, it makes sense that in learning how to break bad habits, you should simply replace them with good ones.

If you know that at 11 am every morning you reach for a cigarette, then try reprogramming your brain to reach for your vape pen instead.

While this might not be the healthiest solution, in the long run, it’s a much better solution than the current habit you indulge in. And, it’s probably a whole lot cheaper. This is something that you should also consider when breaking the habit.

Find a new habit that’s less expensive and a whole lot healthier! Cheap eJuice, for example, is a more cost-effective solution than smoking cigarettes every morning.

Paying for a monthly gym membership and working out daily is probably a lot cheaper than ordering pizza every other night of the week.

Weigh these costs and factor them into your decision to make a positive lifestyle change.

If you need to make changes to your friend group, job, or living environment, then feel free to do so!

Make sure your loved ones know you’re trying to kick a bad habit and tell them what triggers you so they can help you avoid it, too.

Most people fail because they get too frustrated with the process and quit trying.

There’s no “pre-determined” time that it should take you when it comes to breaking habits. While science says it should be between 18 and 254 days, that’s quite a large range. And, it depends on the person and the habit.

Habits that are more chemically-dependent such as smoking and drinking caffeine will be harder to break because they’re more hardwired into your brain and the chemicals inside your body.

Add an addictive personality on top of this and you’ll find that it might take you longer to kick that habit than someone who’s simply trying to stop biting their fingernails. That’s okay!

It’s important to remember that it’s okay to give in. It doesn’t mean that you have lost all of the time and hard work you put into getting where you are today.

Breaking a habit takes time and persistence. If you have to take it day by day or even hour by hour, then that’s okay. It’s a personal experience so you shouldn’t be comparing your process to anybody else’s.

Get Help if You Need It

Breaking bad habits isn’t easy to do. That’s why so many people continue to live a life filled with bad habits!

If you’re dedicated to breaking the habit but can’t seem to accomplish it alone, then that’s okay! You’re one of the millions of people who need a little extra help.

Sign up for a support group, speak with your friends, or seek the help of a professional therapist if you feel that the habit is large enough to warrant psychological help.

Don’t feel ashamed of any of the aforementioned options as they’re all valid, helpful, and mean that you’re dedicated to improving yourself!

If you need more help on the road to a healthy bad habit-free life, take a look at our health and wellness section for more resources. 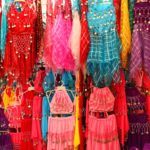 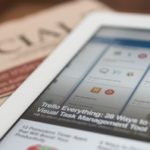