Are you proud to be an American? You definitely should be. Living in America is one of the greatest privileges you can experience.

With so much freedom to enjoy life the way, we want to, living as a free American is worth celebrating.

If you are ready to start displaying your patriotism, you are probably considering a flagpole for your home. Many people fly the red, white, and blue flag at home to show their appreciation for our nation and the people who have served it and are serving it now.

But are there laws regarding residential flagpoles? Can anyone hang an American flag whenever they want? Keep reading to learn all about displaying flags at home before you go out and buy a flagpole.

Either way, this led to a court case that led to the passing of the Freedom to Display the American Flag Act. This act of Congress was proposed in 2005 and passed into law by President George W. Bush in 2006.

The act prohibits condominium associations and other real estate organizations from prohibiting residents from displaying American flags inside or outside their residence.

In other words, no matter where you live in this country, you are free to display the American flag. In fact, you are encouraged to do so.

However, even this is more often overturned in the homeowner’s favor. Because Americans have a right to display the American flag on their property, they almost always have the right to choose how the flag is displayed.

If they would like a freestanding flagpole, such as the Titan Telescoping Flagpole Kit, they are free to use it to proudly fly the flag.

Many states, such as Florida, have passed laws that allow any homeowner to install a flagpole on their property, flying an American flag up to 20 feet high, so long as it doesn’t obstruct the view of an intersection or cause any safety concerns.

You are protected when you take proper care of both your flagpole and your property. When the flag and flagpole are in good condition and your yard and home are maintained, HOAs have even less ground to go after you.

However, if you rent a home or an apartment, you may be subject to limitations since you do not own the property. Because a landlord owns the property, it’s ultimately up to them to allow or disallow the use of a flagpole.

The use of flagpoles in condos and homeowners associations is still often a contested issue. Many organizations will still ask people to remove a flagpole, even though they don’t necessarily have a right to do so.

It’s important that you understand your rights as an American and as a property owner. Know the national, state, and local laws in your area. But as long as you are flying an American flag on your flagpole, you should almost always be protected.

When it comes to using a flagpole to display the American flag, there are some general guidelines that true patriots are expected to follow, though they aren’t hard and fast rules.

For example, flags should typically only be flown from sunrise to sunset. In the past, homeowners, for the most part, would abide by this, making it part of their daily routine to raise and lower the flag each day.

However, with busier lives than ever before, American citizens don’t often bother to do this. As such, it’s acceptable to leave your flag up at all times, so long as there is a light that illuminates the flag at night.

Many modern flag poles come equipped with a small solar-powered light on top of the pole. During the day, the battery charges up by the rays of the sun. At night, the light shines down onto the flag, keeping it illuminated without homeowners having to think about it.

Some people install a light at the base of the flagpole that shines upward. These can be put on a timer to turn on automatically in the evening and shut off in the morning.

Most proud Americans are happy to keep their flags up daily. But there are some days where displaying the flag is more important than others.

This includes national holidays such as Veteran’s Day, Memorial Day, Independence Day, New Year, Christmas, Easter, and so forth. However, there are certain occasions where a flag should only fly at half-staff, which means halfway up the pole.

Doing this is a sign of respect to those who have died in the line of service or great heroes of our nation. On Memorial Day, when we commemorate those who have died serving our nation, flags should be flown at half-staff during the first half of the day, then raised to the top thereafter.

Also, on days that commemorate the lives of past heroes, such as the birthday of Martin Luther King Jr. or George Washington, flags should be flown at half-staff.

So as long as you are a homeowner, you almost always have the right to display the American flag in any way you choose. Whether you attach it to the facade of your home or you install a flagpole, as long as you are respecting the flag and maintaining its appearance, you should be good to go.

Looking for more information like this? Visit our blog today to keep reading. 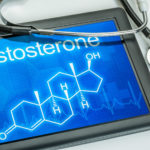 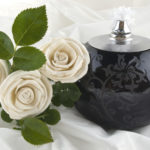