Even as experts in the market try to control for every single factor in the stock market, the fact is that even the weather can change things. So it’s no surprise that the global stock markets are shaken up twice a year when everyone’s internal and external clocks are shaken by an hour. Some people spend several days living in a state of jet lag while others bounce back.

But the fact of the matter is that stock markets are shaken up every single time.

The Countries That Observe

While every country on the planet is impacted by changes that happen in the major Eastern and Western markets, they don’t have all the issues. Climate differences, political differences, and geographic differences aside, there’s also the time difference. Only a handful of the 195 countries on the planet observe daylight savings and most of the planet ignores the issue.

The ones that make the change don’t all do so on the same day. Given that clocks could all change on different days, the markets are all out of sync for a short period of time.

Australia is one of the first that changes, usually at the beginning of October. Europe, China, and the UK all change at the end of October. The USA and Canada change a week later while the other major market player, Japan, doesn’t ever change.

In the fall, the countries that change end up revisiting a previous hour. In the spring, an hour is lost. Thankfully, the changes occur over a weekend so that traders and markets aren’t impacted before trading begins for the day.

While there’s a feeling of jet lag in the markets, the major changes that occur relate to sleeping patterns, which changes how people make decisions. Some studies claim that Daylight Saving Time actually creates lower investment value which makes it harder to swap investments.

Studies have shown that no matter which direction the clocks change, everything drops a little bit.

While there is a combination of factors, including news about companies that are doing well or not so well or political issues, time and again the market slows. There’s a negative drop, again and again, the day after a time change in every single country implementing the change. This means that twice per year, every stock on the market risks losing value while we continue to implement an outdated concept related to farming.

It even turns out that Daylight Savings causes more workplace accidents to happen. So whether we’re talking about assets losing value or money lost because of drops to asset value or productivity lost because of injuries, there’s a real issue. Values drop because of daylight savings and stocks suffer when workplaces produce less or they have a spike in accidents.

Why Change At All?

There are now some efforts to start talking about abolishing Daylight Savings Time. Rather than mess with our clocks twice a year, we could stay on one side of the clock permanently. This would lead to better outcomes in the market, fewer accidents, and even a more well-rested and happier workforce.

With more daylight hours, some states have suggested that there could be a permanent reduction in some thefts and even violent crimes. Since there would be one less hour of night, there could be less assault and other crimes that impact the health and well-being of communities.

There could even be modest savings in terms of energy costs. With less of a need for heating and an hour less of using lightbulbs every day, there could be a reduced greenhouse gas emissions.

Year-round Daylight Savings Time would mean there would be less sunny and more darkness. Some areas might even need to start kids at school an hour later so they’re not headed to school in the dark.

There might be a slight impact on productivity if parents need to bring their kids to school an hour later. This could mean that they’re not working during those peak morning hours of productivity, giving us one more afternoon hour not worth much. Finding the right balance requires us to think about how we behave as well as what we want.

The Movement Is Upon Us

With more people talking seriously about ending Daylight Savings Time, we could end up on a permanent schedule that would be better for us all year long. With the impact of seasonal affective disorder, we could help improve mental health around the world. Giving an hour of daylight means that we get another hour of vitamin D which helps us to view the world in a brighter light, literally and emotionally.

The European Council has even started working on a legislative measure to end Daylight Savings Time permanently. This would end that bi-annual dip in the stock markets, the increased injuries on work sites, and improve our environment in one fell swoop. There’s no real way to go wrong.

If you’re interested in the movement to end Daylight Savings Time, there are a few sites where you can learn more about how people are organizing.

Ask anyone in the trading world and they’ll tell you just how volatile global stock markets are. A hint of change in the air can change everything so imagine just how unnerving it is knowing that things shake up every time the clocks change.

To stay ahead of the competition, make sure you follow our guide to using the best software around. 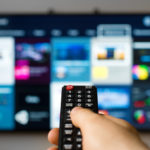 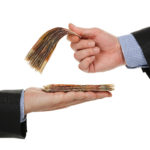