The legality of marijuana varies from state to state, and we’ll get into that soon. Keep reading to learn more about how to get a weed card where you live.

Why Do I Need a Weed Card?

If you live in a state that doesn’t allow the use of recreational marijuana, then you must have a medical marijuana card to legally smoke weed. Depending on what state you live in, using marijuana illegally could be treated as a civil charge or misdemeanor. Both of these charges come with possible jail time for repeated offenses and or fines.

Think of your weed card as your license to smoke medical marijuana. Having a medical marijuana card clears you at your state level to legally smoke weed for medical reasons. The card shows that you are properly registered in your state to use marijuana without any law enforcement intervention or legal issues.

How to Get a Weed Card

Either way, you will need to have a condition that qualifies for medical marijuana use. Each state has its own list of conditions that qualify. Once you have your card you can legally buy marijuana at a dispensary.

Keep reading to learn the specific steps on how to get a weed card where you live.

1. Know Your State’s Restrictions and Legislation

Since 2018, there are about 30 states including the District of Columbia that allow the use of medical marijuana with a medical marijuana card. Of course, each states regulations and laws change with every election, so make sure you are up to date with your state’s legalization.

These states include California, New York, Florida, Illinois, and Massachusetts, just to name a few. For more details on the legalization of marijuana per state, check out this map.

You should know the regulations and rules of your state in terms of what lets someone get approved for a medical marijuana card. Each state has its own unique set of rules in the approval process.

You’ll want to make sure you state even allows a medical marijuana card for the condition you have. For example, in Arizona, Crohn’s disease, cancer, and glaucoma are considered to be qualifying conditions. While Connecticut has a long list of conditions the include ailments Arizona doesn’t such as ulcerative colitis and sickle cell disease.

In any state, there’s a lot of paperwork involved because of the dicey political status of medical marijuana. This is because it’s legal in some states but still outlawed by the federal law.

In most cases, it’s confusing to figure out if you qualify for a medical marijuana program and what steps you should take. Which again is why you should make sure you understand your state’s laws.

In many cases, it’s confusing just trying to figure out if you qualify for a medical marijuana program, let alone what steps to take when applying for patient status.

2. Get Your Medical Records Together

Usually, your doctor will have to work directly with a state department of human services and or health to properly file the right paperwork.

You will also need to prove that you live in the state you are trying to get medical marijuana from. This could be a valid state driver’s license or passport. Most states require you to be a state resident to get a medical marijuana card.

All states require you to have some valid form of ID, if you don’t have this then you cannot move forward.

4. Know What Conditions Are Approved for Medical Marijuana

Your state’s health and human services should have a list of medical conditions that qualify for a medical marijuana card. Some common conditions include cancer, glaucoma, multiple sclerosis, post-traumatic stress disorder, muscular dystrophy, and epilepsy.

5. Get a Recommendation From a Medical Doctor

Next, you need your physician to approve that medical marijuana will help to alleviate the discomfort and pain you are experiencing from your condition.  This isn’t always easy since every doctor tends to have their own unique opinions on if medical marijuana really works.

There are some doctors that aren’t convinced that marijuana is as effective as it seems to be. These doctors are sooner to write you a prescription for medication than a note to let you get a medical marijuana card.

Getting over the possible hesitancy from your doctor can be a hurdle in getting your card. You want to make sure you show your doctor all of the facts so you can prove that medical marijuana is a must-have for your condition.

There are also websites where you can learn more about a medical marijuana consultation.

6. Update Your Medical Marijuana After a Time Period

Once you have your medical marijuana, depending on your state you might have to maintain it. Meaning that in many states medical marijuana cards are only active for a certain time period like a year. If this is the case you will have to reapply once your card expires.

Your state’s health department should be able to help you out with this.

Get Your Medical Marijuana Card Today

Now that you know how to get a weed card, it’s time you start the process. Remember the legality of medical marijuana and weed cards vary from state to state, so make sure you do your research first. For more resources on health and wellness, keep browsing the rest of our blog. 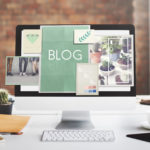 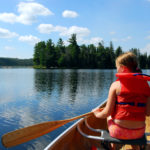