Did you know that 1 in 10 Americans bet on the NFL Super Bowl in 2019? That’s a lot of people putting their hard-earned money on the line over a game, to say the least!

So if you’re looking to place some bets on a few of the 256 NFL games that are scheduled for this year, and you want some advice on how to do so properly, you’ve come to the right place!

In this article, we’ll discuss a few NFL betting tips that can help you score big this football season! Now then, let’s get started!

Focus on One Type of Bet

There are a few different ways that you can bet on NFL games. The most popular of which is to bet on the point spread of a game itself.

The way this works is simple. Oddsmakers place a point spread on a particular game. So if one team is favored by 7.5 points, and you pick that team, they have to win by 8 or more points for you to win the bet.

On the contrary, if you pick the team that is the 7.5 point underdog, all they have to do is not lose by 8 points for you to win.

Again, this is the most common way to bet on the NFL and the one that the majority of this article is based around. There are things like prop bets, which focus more on individual players, that use a lot of the logic in this article, too.

It’s a good idea to pick one particular type of bet and focus on that. Mastering, or at least gaining a solid grasp on one type of bet, can increase your chances of winning more consistently.

Although it may seem tempting, don’t feel obligated to bet on every single game. Focus on a handful of games, and choose those games wisely.

Much like the thought process behind only picking one type of bet, only betting on a few games allows you to focus more on your choices. You’re going to want to spend some time researching the games and the variables that make up those spreads.

Spreading yourself too thin by trying to bet on multiple games isn’t going to increase your chances of winning big.

This might seem a bit obvious, but we have to mention just how important it is to bet sober. There’s a reason the folks in Vegas try to hand you drinks before you place a bet, they want to make things as hard for you as possible.

If you’ve had a few drinks, stay away from the betting tables. Only make bets that you feel confident in, and don’t be afraid to avoid a bet or game completely if you aren’t sure either way.

Things are going to change constantly. Whether it’s players getting hurt, or more bets coming in, the spreads shift all the time, all the way up to kickoff.

Watch those lines carefully and make your choices accordingly. If things are swaying one way or another, there’s a reason, so keep that in mind when picking as well.

Focus on a Few Different Stats

Football is a game that consists of a wide variety of stats. And if you’re constantly watching ESPN, you’re going to hear a great deal about every single one of those stats.

Well, it’s a good idea to only pick a few of those stats to focus on when choosing a team or player to bet on. Much like the thought process behind a few other items on this list, if you focus on it too much, you’ll be doing yourself a disservice.

A few notable stats to keep an eye on? Watch the passing game. If a team has a solid passing attack, and they’re playing a team with a bad passing defense, that’s a game-changer.

Last but not least, lots of people lean big on the hometeam underdog. The thought process is, if it’s a close game, the home crowd will be the difference.

And, it’s hard to roll into anybody’s home stadium and beat them by a lot of points, so even big underdogs are a safe pick if they’re at home.

See What the Experts Have to Say

You’re going to see a lot of people using a ton of different techniques to place bets. NFL handicappers are quite helpful, especially if you’re just starting out. They essentially serve the same purpose for betting as bumpers do for bowling.

But, do your own research too. Don’t ever place a bet if you’re not confident in the choice. It’s your money, and your bet, so you need to be the person to win or lose your money.

Well, there you have it! Those NFL betting tips will be sure to help you win big this football season!

Remember, don’t spread yourself too thin. Focus on one kind of bet and only a few games, so you can spend more time researching. And when you’re doing that research, pick a few important stats and ignore the rest.

Above all else, bet legally, and safely, and don’t be afraid to walk away from a bet if you’re not sure about it.

Looking for more tips? Check out our blog! 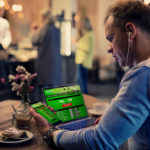 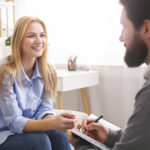