If you’re an American looking to shop some major deals, you may just want to consider shopping north of the border.

With the current exchange rate being .78 U.S. dollars to every 1 Canadian dollar, there’s some major money to be saved by shopping in Canada.

Read on for a look at 9 things that are cheaper in Canada.

There is a definite reason medicine is first in our list of things that are cheaper in Canada than the United States.

Thanks to Canada’s comprehensive universal health care coverage, medicine is so much less expensive there that many Americans have begun purchasing from online pharmacies like Canada Drugs Online.

Everything from prescriptions to EpiPens to glucose monitors can be found for almost a third of the cost in Canada.

If you take several prescriptions regularly or need medical equipment like breast pumps, it is definitely worth searching online and making your next purchase from the land of the maple leaf.

Considering going to “university” in Canada, eh? (See what we did there?)

You can save yourself a pretty penny by attending a University up north, and avoid taking out major student loans thus reducing that nasty 1.4 trillion dollar U.S. debt…

Looking for a more budget-friendly vacation this year? Consider a stay in Canada!

The average cost of a hotel room in some major cities in Canada can hit around $250, as opposed to around $390 to stay in major tourist cities in the United States.

You can stay in world-famous Canadian cities like Toronto or Vancouver and enjoy the fact that you’re likely paying less to be there than you would in New York or San Francisco.

While we’re on the subject of travel tips, don’t forget the cost of activities during a vacation. They can add up fast, but average prices for Canadian tourist attractions are often much less burdensome to your wallet.

Say you decide to visit one of the major tourist cities in Canada like Toronto, Montreal, or Vancouver.

The average out of pocket you might spend to see some of the popular sites there would probably be around $25.

To visit similarly famous tourist attractions in the United States, you’re looking at closer to $44 average for a visit.

However, those Canadians are saving when it comes to renting. Average one bedroom rent in Canadian city centers are closer to $1,160, and three bedrooms around $1,890.

“Surfin’ U.S.A.” may be hurting your wallet more than surfing the internet in Canada.

Despite the fact that the internet was invented in the states, Canadians are only paying about $67 a month for a package that includes unlimited data with 60mbps and other services like cable.

In contrast, Americans pay closer to $70 plus a month for a similar internet and cable package. Woof!

You may be amazed to realize some fruits are actually cheaper to purchase in Canada. Yet, it’s the type of fruits that are cheaper that may shock you most as they are so commonly grown and eaten in the states.

Canadians pay about $1.50 less for about 2 pounds than Americans.

Yes, this one shocked us too when you consider how many oranges are harvested in places like Florida or California. Still, oranges cost about a dollar more for 2 pounds in the U.S.

Apples and oranges aren’t the only things grocery shoppers in Canada are saving money on.

Check out these common food items that are less when purchased above the border!

In the U.S., 1 loaf of white bread costs you around three dollars or more. Canadians are only out of pocket about $2.50 or so.

A 2 pound cut of red meat in Canada will only hurt you about $13.50, whereas the same cut in America averages closer to $14. Sure, you may say it’s only about 50 cents, but over time, these seemingly small differences in cost add up. (Especially with the frequency of grocery purchases.)

Say cheese! If you’re purchasing this item regularly in Canada versus the states, you’re saving about $2 per 2-pound brick.

Yes, those poor Idaho farmers will balk at this one, but it’s true. You save about 70 cents on Canadian potatoes if you’re purchasing them by the kilogram.

Not all, but many new cars are often less expensive when purchased in Canada.

When the Canadian dollar is low, (which, unfortunately for Canadians, is rather often), it can be thousands less to buy a car there than in the United States.

However, if the Canadian dollar is doing well and coming out around what the U.S. dollar is valued at, the high rate of taxes will make it more expensive to purchase in Canada.

In many areas, Canadians pay higher taxes. So if you’re looking to save a few thousand on your next car purchase, just be sure to check the current exchange rate and if things are looking low up north, it’s definitely worth purchasing there.

Final Thoughts on Things That Are Cheaper in Canada

Now that you’ve got a comprehensive list of things that are cheaper in Canada, you can start saving some major bucks.

Especially if you make regular purchases on things like prescription medications, or are looking to make a large purchase like a new vehicle, buying from Canada could end up saving you a pretty penny.

For more great ideas on how to save more money, check out our blog’s money section. 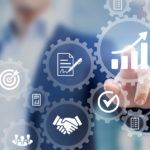 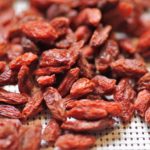