Do you enjoy having a drink every now and then?

For the most part, there’s nothing wrong with wanting to reach for a drink to loosen up. But it begs the question, how much drinking is too much?

Alcoholism has affected the lives of many individuals, enough to cause government bodies in certain countries to step in. Drinking too much has become such a big problem in their countries that it’s prompted them to research on things like different pharmaceutical treatments.

You may think you’re never going to go that far, but what’s scary about alcoholism is that it creeps up on you without you noticing it. Jump in and read what’s below to recognize if you have a drinking problem.

One of the first signs of alcoholism is not being able to stick to your limitations. This happens most often among people trying to control their alcohol intake. They tend to come up with excuses to go for another drink or two.

People often go for “one more drink” because they’re nearing the end of their night. If this happens only once or twice, then it shouldn’t be a problem for you. If you start noticing that you use that excuse every time there’s a drink though, then it may indicate you’re starting to develop a problem.

2. You Start Drinking Alcohol in Your Spare Time

Starting to grab a drink whenever possible is a big indication that you have a drinking problem. Most people brush this off as a way to kill the time, but that’s the problem with it. People tend not to notice how big of a problem it is until it’s too late.

A subtle way this starts is involving drinking in your plans. Most of the time, you won’t even notice that your plans all revolve around alcohol. This is normal for things like a late-night out with old friends, but not if you’re planning to drink a mimosa at brunch.

Another way this manifests is through stress. People often use alcohol as a stress reliever, often starting with one glass to help with it. This then escalates to people using alcohol to soothe themselves.

Little by little, they then start drinking alcohol out of habit. People get used to having a glass in their hand that they begin drinking large amounts without realizing it, affecting the chemical balance in their bodies. This then leads to the next sign on our list.

3. You Start Developing a Tolerance for Alcohol

It’s normal to develop a tolerance for alcohol as time passes by. Most of the time, it takes months if not years for someone to notice they’re able to drink more than usual. For people with drinking problems though, they start noticing it after a few weeks or even days.

Most people aren’t bothered by their development of tolerance. Others don’t share the same sentiment, though. This means that they don’t get the buzz they’re after in only a few drinks.

This is what leads most people to become heavy drinkers. This is because their bodies adapt to the excessive amount of alcohol they take in on a regular basis. They need even more dubious amounts of alcohol to feel the feeling they’re after.

4. You Often Wake Up with a Hangover

Starting off the day feeling hazy is not an ideal way to do so. You will notice that your routines get messed up at first, missing your usual time of waking up and such. It then worsens to the point that it interferes with your day job.

What makes it even worse is if you wake up without any recollection of the night before. If you notice this happening more often, then you may want to seek some support. Speaking of looking for people to support you…

5. Your Friends and Family Start Getting Concerned

Other people will be more straight forward with their approach, often telling you in private. If this happens, then it’s one of the best signs you have an alcohol problem. People who care about your health often don’t want to take chances.

Some may even recommend that you go to rehab. The first time you hear that should tell you that you’ve gotten out of control. Thus, it’s best that you surround yourself the next time you drink if you suspect that you’re developing a drinking problem.

6. You Start Looking for Solutions on Your Own

If you’re one of the people who like drinking alone, then you don’t have the luxury of the previous item on this list. This becomes a problem because all you have to determine if you have a drinking problem is yourself.

Most people don’t notice this until they break some of the rules they impose on themselves. Often, these broken rules bring feelings of guilt along with them. If you experience the same guilt, then you may find yourself looking for ways to cast it out.

Often, people turn to recovery centers like Arise Recovery Centers. These places give them a safe space to recover from while providing them with tons of support.

When you drink too much, you often don’t notice there’s a problem until it’s too late. Use our list to help you identify if you have a problem today!

Drinking too much can cost you a lot if you fall too deep into alcoholism. Most people realize this and often try to get sober.

But don’t fret, we’ve got more guides for you to help you out. Feel free to read any of our other posts. Here’s one designed to help you when you’re ready to get clean. 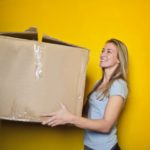 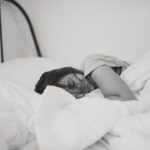