On October 17, 2018, Canada became the world’s first major industrialized country to legalize cannabis for recreational use.

While Canadian cannabis users celebrated, the provincial and federal government scrambled to figure out what legalization looked like on the ground.

Almost as soon as dispensaries opened up their doors, they were sold out of the product. That’s not to mention the millions of Canadians in rural areas with no access to dispensaries in the first place.

Fortunately, buying weed online is legal in Canada – you just have to know where you can purchase it- and where you buy marijuana online has everything to do with the province or territory in which you live.

Follow along as we break down how to buy weed online in every part of the Great White North.

The responsibility for licensing commercial growers and authorizing cannabis products falls to the Government of Canada (i.e the federal government). The provinces, however, are responsible for regulating both distribution and sales.

As such, different rules have evolved in different provinces. For example, you can purchase marijuana at the age of 18 in Quebec, Manitoba, and Alberta. But in the rest of the provinces, you have to be at least 19.

Buying weed online is another example of these regulatory difference. But not to fear, we’re going to tell you where to buy weed online no matter where you live.

The only authorized cannabis retailer in this province is the Nova Scotia Liquor Corporation (NSLC). The NSLC runs the MyNSLC website, where Nova Scotia residents can purchase cannabis online.

Before purchasing from MyNSLC, you’ll have to confirm your age at your local NSLC store. Upon confirming you’re over the age of 19, the store will provide you with an online access code. Using this code, you can register online with NSLC and buy marijuana online.

The PEI Cannabis Corp. runs the provinces only online cannabis retailer. They offer cannabis products such as pre-rolled joints, oil, capsules, as well as the dried flower.

Like many of the other eastern provinces, New Brunswick has opted to sell and distribute marijuana through the New Brunswick Liquor Corporation (NBLC). Cannabis NB, a subsidiary of the NBLC, run’s the online cannabis store where residents can buy pot online.

Cannabis is the responsibility of the Société Québécoise du Cannabis (SQDC) in Quebec. They also run an online store but it’s experienced significant supply challenges since legalization. They have special difficulty keeping oils, pre-rolled joints, capsules, and atomizers in stock.

In our most populated province, you only have plenty of options for buying cannabis in physical stores. The province’s capital city, Toronto, isn’t shy of dispensaries.

But there’s only one option for buying weed online in Ontario – The Ontario Cannabis Store (OCS).

They sell dried flower as well as cannabis accessories such as bongs and cleaning supplies. In addition to their wide selection, they offer information about cannabis as well as the laws surrounding legalization.

The Manitoba Liquor and Lotteries agency licenses and regulated all of the private cannabis shops and online retailers in the province.

Not very many private retailers have been approved as of yet. And those that have been are located in cities, leaving those in rural areas with little option for where to buy weed. But all Manitobans can legally purchase weed online from any of the retailers that are currently open.

Private retailers must obtain approval to sell cannabis from the Saskatchewan Liquor and Gaming Authority. With that approval, they can sell cannabis products on their websites to any resident of the province.

All gaming, liquor, and cannabis activity in this province are regulated by the Alberta Gaming and Liquor Commission (AGLC). This provincial agency is responsible for distribution and private sales as well as the only online cannabis store in the province, Alberta Cannabis Consumers.

This is especially people living in smaller towns. The majority of Alberta’s dispensaries are currently located in Edmonton and Calgary with little access to dispensaries outside of those areas.

The provincial government runs both the physical cannabis shops as well as the online stores in BC. Eventually, BC plans to license private stores for selling cannabis in-store and online.

The Nunavut Liquor and Cannabis Commission offers marijuana sales in physical stores as well as by phone and online.

The Northwest Territories Liquor and Cannabis Commission has set up an online store for the sale of cannabis. You can also purchase cannabis in the liquor stores of this territory.

Regulating recreational cannabis dales and distribution in the Yukon is the responsibility of the Yukon Liquor Corporation. This government agency created Cannabis Yukon and now has a store in the city of Whitehorse.

They also have a website for buying weed online. Beyond cannabis products, the website has helpful information like travel and safety tips, law and regulation summaries, as well as cannabis new in the territory.

You options for buying weed online are wholly dependent on what province you live in. But in all provinces and territories, there’s at least one option to buy pot online.

If you live in a remote area or your dispensary always seems to be sold out, check out online shops for more options. And for more on Canadian cannabis and other daily life topics, check out our blog. 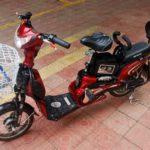 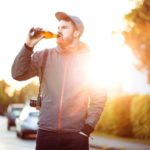