Is it starting to feel a little bit like you live online? This shouldn’t come as a huge surprise!

One study found that the average person spends—get this—almost 7 hours per day online. That works out to be almost 100 days in total spent online each year.

It’s hard to blame people for spending as much time online as they do, though. In the digital era, there are so many new and fun ways in which we can all live online. It can actually making living online seem more appealing than living in the real world.

Today, we’re going to take a look at all of the different ways that people live online in this day and age. It should shed some light on why people have fallen in love with the digital services available to them.

Here are some of the best ways that we live online these days.

We Keep Up With Family Online

Remember when you used to have to pick up the phone and call your family members to see what they were up to?

You can still do this if you want to do it. But why would you want to when you can use social media to keep tabs on what’s going on with those in your family?

You can see who just got promoted, who just had a baby, who is going to be getting married, and so much more by tuning into what your family members share on social media. It’s a big part of the reason why people can live online and not miss out on anything in the real world.

We would suggest still calling your close family members from time to time to check up on them. There is nothing quite like having a phone conversation with your mom, your grandfather, or your cousin.

But you can also rely on social media to keep up with everything that everyone else has going on.

We Hang Out With Friends Online

Digital services like Skype, Zoom, and Google Hangouts have made it possible for a group of friends to get together and hang out just like they would in person. They can all sit around and share what they have going on with everyone else as if they’re in the same room.

You can also feel like you’re hanging out with your friends online when you’re all posting on the same social media posts and interacting with one another on them. Whether you’re on Facebook, Twitter, Instagram, TikTok, or another social media platform, you and your friends can stay connected through it.

We Do Our Work Online

As recently as just a few years ago, the idea of people doing all of or even part of their work online from home would have sounded preposterous. But if the COVID-19 pandemic has taught us anything, it’s that many American workers could definitely get away with working almost exclusively from home.

And despite what some companies might try to tell you, this could be a great thing for the American workforce as a whole. People appear to enjoy working from home more than working in an office. This could lead to people becoming more productive than ever before while on the job.

The aforementioned digital services and other services like Slack and Trello make it possible for workers to stay connected to their employers even while they’re at home. It just goes to show that people could be living and working online before long.

We Go to the Movies Online

Once upon a time, people had to get together with their friends at a movie theater to watch movies together. But this is yet another area in which things have changed in recent years.

Nowadays, people don’t even have to leave their houses to “go to the movies” with their friends. There are online entertainment sites that allow them to all watch a movie together in the digital realm through the power of live streaming.

It’s a whole heck of a lot cheaper to watch movies with friends in this way. It’s also more convenient for everyone and lets people get together with friends more often than they might otherwise.

One recent survey showed that more than 150 million people play video games on a semi-regular basis. Some of these people play games on their phones, while others play them through their computers or video game consoles.

But regardless of how they play video games, almost all of the people who play them tend to play with other people online. This has helped to spark some friendships in the digital arena.

Since internet service providers are able to set people up with lightning-fast speeds, it’s so simple to play video games with other people from all across the globe online. You should give it a try if you haven’t done it yet.

You should also think about attending one of the many online events featuring other people playing video games. It can be pretty entertaining, and it can make you a part of a new community.

We Hit Up the Casino Online

Back in the day, people had to jump in their cars and head down to the nearest brick-and-mortar casino to play their favorite casino games. But that is no longer necessary now that there are online casinos popping up all over the place.

If you’ve been kicking around the idea of playing some blackjack, poker, roulette, craps, or slots, you should do it at one of the best casinos online. They’ll allow you to play just about any casino games that you want from anywhere in the world.

You might think that it would be impossible for someone to come up with a way to replicate the experience of going to a great concert online. How could they possibly capture the raw emotion associated with seeing a live show?

Well, believe it or not, it looks like we could be headed in that direction. Rapper Travis Scott held a virtual concert recently, and it was a huge success. Many other artists have also followed his lead and shown that there is a strong market for online concerts.

Are online concerts going to replace in-person ones? Not likely! There is too much money to be made when musicians head out on the road and tour.

But we wouldn’t be surprised to see more musicians going the digital route whenever it makes sense to do it. And since people live online these days, they’re going to attract big crowds whenever they take their show to the digital stage.

We Show Up for Sporting Events Online

The vast majority of people aren’t ever going to get the opportunity to sit courtside at an NBA game. It usually costs thousands of dollars for a courtside seat.

But that doesn’t mean that you aren’t ever going to get to enjoy a simulated courtside experience. Virtual reality has opened up a whole new world for sports fans and allowed them to see what’s it like to be front and center at an NBA game.

And this could very well be something that other sports start doing, too. In the near future, you might be able to “attend” almost any sporting event that you want without setting foot in the real world.

Of course, there are still going to be millions of people who go to live sporting events every year. The professional sports organizations won’t have to worry about them disappearing all of a sudden.

But the fact that sports fans now have the option to feel like they’re at a game while they’re at home says something about where the sports-watching experience could be headed. If you prefer to live online, going to a game in the digital world might be something you’ll want to do.

We All Live Online in So Many Ways

What did we all do before the birth of the internet? It seems hard to believe that we all lived so long without being able to go online.

If you’re not taking advantage of your ability to live online to some degree, you should set out to change that soon. You’re only depriving yourself by not doing some of the things that we’ve talked about today.

You’re also putting yourself in a position where you’re going to have a tough time keeping up with whatever comes next in the digital era. It’s why you should try to live online a little more often than you do now.

Want to read more informative technology-driven articles? Find them by poking around on the rest of our blog. 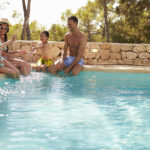 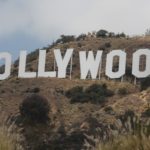