The news is a big cause of stress in our lives. Over the past few years, distress about the future of our country has risen to unprecedented levels. Our current social policy issues don’t provide much faith in the future direction of our country.

In fact, nearly 60% of people surveyed in 2017 said that the country is at the lowest point it’s ever been (people surveyed were from generations that experienced WWII, the Vietnam War, the Cuban Missile Crisis, and the aftermath of the 9/11 attacks).

It’s safe to say that our view of our country hasn’t improved much since then. This negative outlook often causes people to avoid watching the news – it causes too much stress, anger, and sadness.

Avoiding what’s going on in our society is how problems persist, however. Educate yourself, understand what’s happening in your world, and do what you can to make a change.

Here are seven current social policy issues that will get you started.

If we don’t make changes to our lifestyles, carbon footprint, and environmental regulations, we’ll see the continued damage climate change has on our planet.

It’s clear that we need to make changes, but many in our current presidential administration deny climate change or minimize our ability to stop it. To leave a thriving planet for our children, grandchildren, and great-grandchildren, we must reverse course.

More people have died in mass shootings since 2000 than in the entire 20th century. Repeated calls for gun control legislation have been met with roadblocks from conservative Republicans, the NRA, and the White House.

Unlike the United States, New Zealand’s Parliament quickly banned military-style semi-automatic weapons less than a month after a gunman killed 50 people at mosques in Christchurch. In the US, we’ve been debating gun control and banning assault weapons since Columbine happened in 1999. That’s 20 years of inaction.

The US has as many guns as it does citizens and making it easier to conceal guns increases the number of homicides. More guns in the home increase accidental gun deaths, especially among children. The US has a higher gun violence rate than any other first-world country (actually, more than most other nations, regardless of GDP).

Recent “heartbeat” bills in Alabama, Georgia, Ohio, and Missouri have brought increased attention to a woman’s right to choose. Despite the Supreme Court case of Roe v. Wade (1973), which gave women the right to get an abortion, pro-life advocates have been pushing for stricter and stricter state laws on abortions.

This influence has culminated in heartbeat bills, which outlaw abortions once a fetal heartbeat can be heard, which is at about 6 weeks. Many women don’t even know they are pregnant at 6 weeks along, so these bills effectively outlaw abortion altogether.

In Alabama, doctors who perform abortions can face up to 99 years in prison. Women could also be prosecuted if they miscarry and are found to have contributed to the miscarriage. Many of these bills provide no exceptions for rape or incest either, forcing a woman who is impregnated by a relative or rapist to carry the baby to term.

There are many social policy issues regarding immigration. Here are some of the most prominent:

Since Donald Trump took office in 2017, immigration issues have been at the forefront of national policy discussions. His first limits on immigration banned people from certain countries from entering the US. These countries were typically Middle Eastern – predominantly Muslim.

Since then, he has fought with Democrats over whether to uphold the DREAM Act, denied separating families and detaining children at the border, and repeatedly pushed for a wall along the US-Mexico border. This debate even sparked the longest government shutdown in US history (over one month).

It is safe to assume that immigration will continue to be a hot topic for the remainder of his presidency and during his 2020 reelection campaign.

There are over 2 million people housed in prisons and jails in the US. We have the highest incarceration rate in the world and nearly 2/3 of inmates get rearrested within 3 years of release from prison. In simple terms, our criminal justice system isn’t working.

When it comes to criminal justice reform, many people fall back on these common arguments:

Criminal justice reform is unique as it is often a bipartisan issue, but progress is slow going. The federal government recently passed the First Step Act, which aims to help federal prisoners reintegrate into society more successfully and recidivate less.

This is a step in the right direction, but there is much more work to be done. To learn more, check out this article on social injustice in America.

The brief discussion of these current social policy issues only scratches the surface. Don’t put your head in the sand and avoid the news. Stay informed and learn more about what you can do to make your voice heard.

If you want to change things, be proactive. Vote in every election, donate to causes that are meaningful to you, and share your feelings with your elected officials. Call their local offices and for federal elected officials, call their Washington offices as well.

Working together, we can bring our country back to a state where the majority of people are positive about the path we are on.

If you want to learn more about these issues, check out some of our other articles about current policy topics. 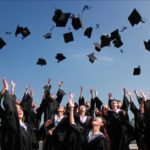 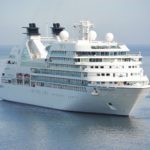